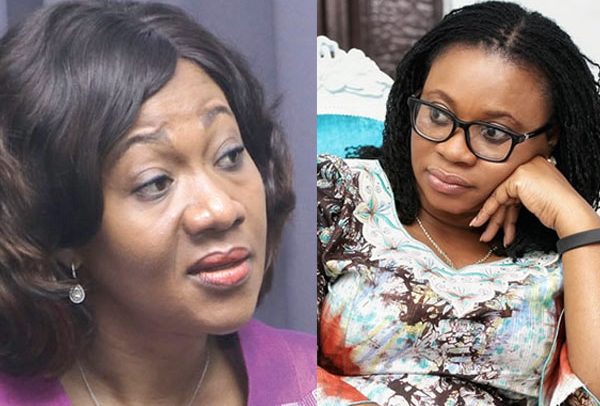 Do you seem, over the last few months, unable to fight off a certain fear that violence is about to break out before this year’s elections and that the situation might degenerate into civil war after December 7?

Without giving us a false sense of security or pretending to have received an assurance of eternal divine protection for Ghana, I want you, dear reader, to cast your mind back to 1992, 1996.

In 1992 and every election year since then, Ghanaians have succeeded in frightening ourselves out of or wits; so frightened that religious bodies go into a frenzy of prayer and fasting for peace.

In 2000 and 2008, matters degenerated to such “unprecedented” levels that the wise among us took steps to store up food so that in the event of reports of bullets and bombs flying everywhere, we would be safely cooped up in our homes, not daring out.

In one particular election year, there was talk of diplomatic staff, especially of European and western nations, closing down their embassies or leaving only a skeleton staff.

The very idea of a National Peace Council was a product of threats of Armageddon.

On December 5, 2016, two days before that year’s general elections, all seven aspirants for President at a special peace declaration ceremony in Accra, in the presence of the Commonwealth Deputy Secretary-General, Chair of the Commonwealth Election Observation Mission to Ghana and Chair of the Authority of Heads of State of the Economic Community of West African States (ECOWAS), pledged to ensure peaceful polls in Ghana’s election

It was not the first. On November 27, 2012, there had been a “historic” meeting, organised by the National Peace Council, acting in concert with the Asantehene, and IDEG, in Kumasi, for the aspirants to vow to uphold peace.

This year, 2020, has been no exception to election violence. Two events stand out. One was the discharge of a gun by Member of Parliament and Minister of State, Hawa Koomson at the Kasoa voter registration centre.

Another was the NDC presidential candidate John Mahama’s suspension of his campaign tour of the Bono Region.

He did so because, it was “unclear whether or not we are going to have a credible register”. In his judgement, Jean Mensa is ”the most incompetent EC chair Ghana”

Even if we have to agree that by her posture and seemingly unyielding stance, Jean Mensa can be described as recalcitrant, can we, in all sincerity, claim that Charlotte Osei and her predecessor, Afari Gyan, were any less recalcitrant?

I remember the PPP case when after paying its filing fee of GHc50,000.00, Charlotte Osei disqualified Papa Kwesi Nduom, claiming there had been forgeries. It took letters and much persuasion for Nduom to be given only five minutes hearing.

The EC chair said at the time that the meeting would make no difference; and it made no difference. The case went to court. The EC lost, appealed to the Supreme Court and lost.

I am not judging Charlotte Osei. I am saying that she acted out of conviction and that is no yardstick to pronounce on her, or anybody else’s, level of competence.

Talk of competence, has Jean performed any worse than Charlotte – if competence is judged by perceived irregularities in the voter registration and exhibition?

As has only recently been revealed, there were instances in Charlotte Osei’s EC when 15,000 names were missing from the register, during exhibition, in one constituency alone.

In the midst of the seeming “unprecedented chaos and incompetence”, President Akufo-Addo has not missed an occasion to assure Ghanaians the election will be free, fair and peaceful.

In 2016, then President John Mahama, said same about Charlotte Osei’s EC. At the time he made these declarations, not everybody in Ghana agreed that things were going well.

Pardon my cynicism, but looking back, from 1992, isn’t it clear that multi-partyism is the only possession for which Ghanaians are prepared to sacrifice everything, including our values and including faith in God, not to lose!

Why? It is because it keeps in position those who stand to profit most from the insincerity and the charade. Why did Hawa fire, or claim to have fired, the gun? Why did Carlos Ahenkora sneak out of Covid 19 isolation to go to a registration centre? Simple: power.

Let’s continue to pray and work toward peace. The police cannot give us peace. Their assurances are like the promise of a prostitute to love one man only.

Their hands are tied because every IGP is an appointee of the incumbent President: his will must be done.

The writer, Enimil Ashon, is a former Editor of the ‘Ghanaian Times’ and now a columnist of the ‘Daily Graphic’.

DISCLAIMER: The Views, Comments, Opinions, Contributions and Statements made by Readers and Contributors on this platform do not necessarily represent the views or policy of Multimedia Group Limited.
Tags:
Charlotte Osei
Enimil Ashon
Jean Mensa
Political Opinion