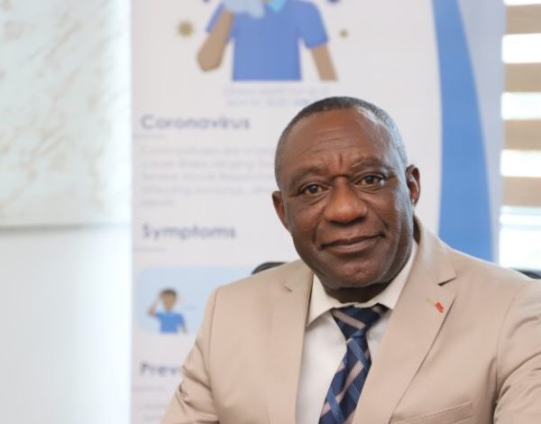 The Environmental Protection Agency (EPA) would soon embark on Safety Compliance Exercise and any company found in breach of national environmental safety standards would be close-down.

EPA Executive Director, Henry Kwabena Kokokfu, stated this during a working visit to companies within the Spintex Light Industrial Area as part of the Agency’s effort to access the level of environmental compliance of industries.

He said the Safety Compliance Exercise was also to create a continuous awareness of the EPA’s monitoring and enforcement mandate in the country and to prevent adversity associated with any form of pollution.

The EPA Executive Director said the Agency would continue to undertake periodic monitoring to ensure that companies adhered to Environment Safety Guidelines and whose that faulted would be close-down.

Mr Kokofu expressed concern that a poorly constructed open drainage right behind Akwaaba Oil Refinery in the Spintex Light Industrial Area now served as a channel through which outflow from a cluster of companies within the area discharged industrial liquid waste.

The EPA Executive Director, said the Agency prior to the visit had received several complaints from the residents in the community of the unpleasant smell from the sewage and its likely effect on their health, “this drainage is unacceptable for discharge of industrial waste”.

Mr Kokofu said EPA Experts would undertake immediate audit and investigate all the companies within the area, and those found culpable of indulging in hazardous industrial waste discharge would face the law.

The EPA Executive Director said that the Polluter Pays Principled would be enforced to hold the pollutant responsible for causing damage to the natural environment.

He said EPA would not allow companies to harm the environment and any company found to have breached the law would be closed down through due process.

He said water engineers would be called upon to see how best to reconstruct the drainage to ensure that discharges from the companies at a point would be well treated and made safe for use.

The Managing Director of Akwaaba Oil Refinery reacting to the situation, John Paul Azaonoo, admitted that their attention had been drawn to the odor emanating from the waste discharged into the poorly constructed drainage.

He however explained that the emission causing the pollution was not from Akwaaba Oil Refinery because their discharges were recycled for reuse, “waste from the company is not a threat to the environment”.

Mr Azaonoo said in spite of the fact that Akwaaba Refinery Oil adhered to environmental safety compliance, they were ever ready to continue to collaborate with the EPA to find a lasting solution to the problem.