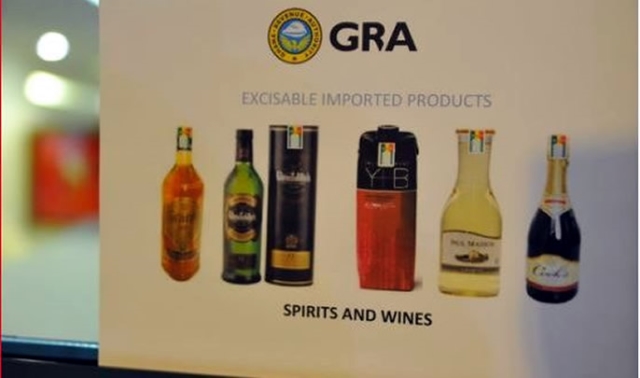 One major goal of every government must be the protection of local entrepreneurs and manufacturers by creating a conducive environment for indigenous producers.

However, this new policy, known as the “Excise Tax Stamp”, comes as a wolf in sheep’s clothing which will eventually collapse small-scale businesses and render many jobless.

What is the Excise Tax Stamp?

The Excise Tax stamp is a specially designed stamp with digital and other security features which is affixed on excisable goods to show that taxes and duties have been paid.

The stamp is affixed on specified excisable goods in Ghana, whether locally manufactured or imported into Ghana.

All importers and manufacturers of the affected products are required to register with the Ghana Revenue Authority (GRA).

Products include cigarettes and other tobacco products, bottled or canned alcoholic beverages and non-alcoholic carbonated beverages as well as bottled water.

Who Stands To Benefit?

The government claims the policy will help prevent tax evasion and the influx of shoddy goods onto the market, but should this be the only alternative?

Moreover, should the closing of tax loopholes be at the expense of shutting down local companies?

Many local businesses will be affected by this policy since they can’t meet the requirement and therefore will be shut down by authorities. local companies which are affected by the excise tax stamp policy are to shut down their operations in the coming weeks.

According to manufacturers, authorities are expecting these companies to invest between one hundred and fifty thousand and millions of dollars to get machines installed for their products processing to get the stamps on.

According to some, this tax stamp policy is another strategy developed by the government to loot money.

Another urgent concern of the stamp policy is that cost of production will be increased, therefore, prices of market commodities will definitely jump shoot above normal.

The fact is that there is going to be a crazy price hike of products as consumers will be paying more outrageous amounts for products than what it costs to produce them.

Executive Secretary of the Food And Beverages Association Of Ghana (FABAG) Mr Aggrey Samuel said in a recent media engagement that, “It must be stated we are not against the Tax Stamp Policy, but the methods and process by which it is being currently introduced ends up adding total hardship, an undue cost which makes it completely counterproductive.”

This should clearly tell you what to look forward to in the market, no manufacturer under the sun will not factor production expenses into the final pricing.

More businesses which are affected by the excise tax stamp policy are to shut down their operations in the coming weeks over the high cost of operation.

Adding to the above we must say that job security for both young entrepreneurs and employees is heavily threatened under the newly introduced stamp policy.

So for a government that had ‘job for the people’ as one of the key campaign promises, is it truly living up to the promise for the jobless? Who now is the voice of the voiceless?

A few days ago Citi FM‘s Anita Arthur was part of a monitoring team and reported that a visit to Shoprite at Osu Mall showed that a majority of imported cigarettes, as well as alcoholic and non-alcoholic beverages, had the tax stamp on them. The situation was, however, different for locally manufactured drinks which did not have the tax stamps on them.

It’s so glaring that the local players can’t compete with the foreigners when it comes to funding issues like this; it’s very sad and rather unfortunate that our own people have to go through this agony.

I am calling on Institutions, NGO’s, Cooperate bodies, Individuals and all citizens to add their voice to this discussion in order to persuade the government to address the issues arising from the stamp policy and more importantly heed to the plea of local manufacturers.