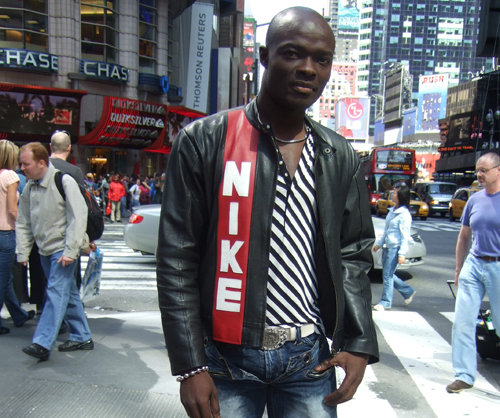 The Ghana Police Hospital and Prisons Service have rejected claims by the son of Ibrahim Sima that they are to blame for the death of his father.

Mr Sima was serving a 15-year jail term at the Nsawam Prisons but died at the Police Hospital last Thursday.

Prisons wardens said he suffered a chest problem during a football game at the prison.

Abu Sima – son of the deceased is blaming the police hospital for not giving him the healthcare he needed when he arrived at the hospital, leading to his death.

But speaking to Joy News, Public Relations Officer of the hospital, Juliana Obeng, said Ibrahim Sima did not even spend five minutes at the hospital and therefore cannot be blamed for his death.

She said “Ibrahim was brought in by the National Ambulance but from the time we were taking him from the ambulance to the OPD to take care of him, he passed on. He did not spend even five minutes here at the Police Hospital.”

She indicated that the only time he spent at the hospital was when he was being moved from the ambulance to the OPD and that all medication administered on him were done before he was brought to the hospital.

The Prisons Service on other hand has also denied the allegations.

It’s Public Relations Officer, Vitalis Aiyeh, also speaking to Joy News, said the deceased reported ill and was taken to the infirmary and given first aid and when his condition deteriorated, health providers decided that he be transferred to the Nsawam Government Hospital for further treatment.

According to him, at that point, “he was in the hands of medics not prisons officials anymore. As far as we are concerned we did what we were supposed to do.”

The body of the former EXOPA CEO is believed to be at the 37 Military Hospital for autopsy and will be released to his family for burial later today.

Ibrahim Sima was arrested on September 7, 2009 at the Kotoka International Airport when a luggage search revealed tubers of yam embedded with narcotic substances.

Sima denied charges levelled against him and told officials of the Narcotics Control Board, who interrogated him after his arrest that the yams were given to him by one Salifu who resides in Nima, a suburb of Accra, to be given to a friend for a fee of €3000.