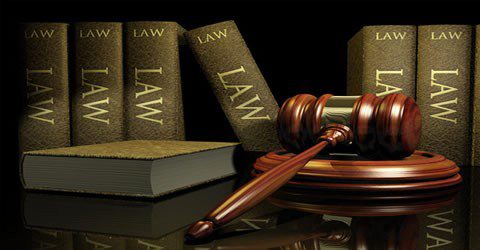 A 35-year-old man, Atta Kofi, who made a false representation that he was Brigadier-General G.K. Fokuo, the Director-General in charge of training of the military is in the grips of the law.

Atta Kofi succeeded under the pretext, in collecting a total of GH¢60.00 from two people in the Sunyani municipality of the Brong-Ahafo Region.

The Sunyani Circuit Court, presided over by Mr Ekow Mensah, has accordingly sentenced Atta to a fine of GH¢300.00 or in default, serve a prison term of one year in hard labour.

He pleaded guilty to a charge of forcibly pretending to be a public officer and the court convicted him on his own plea. Atta Kofi could however not pay the money and is, therefore, serving the prison term.

The Brong-Ahafo Regional Crime Officer, Superintendent of Police (Supt), Mr Eric M.K. Amoako, who briefed the Daily Graphic, explained that at the time of his arrest, Atta was carrying a complimentary card bearing the name of Brig-Gen. Fokuo.

However, he said when the military officer was contacted on phone; he denied any knowl-edge of Atta and could not tell how his call card got to him.

Supt. Amoako said Atta was a farmer at Donkorkrom, near Yawhimah, a town on the Sunyani-Techiman road, and that about 10:30.a.m. on Tuesday, August 2, 2011, he confronted one Madam Abena Nyarko, also a farmer, collecting firewood along the Donkorkrom-Yawhima road.

According to Mr Amoako, Atta then introduced himself to the woman as Brig-Gen. Fokuo and threatened to let his men arrest her if she failed to give him money. Believing his high position in the military, the woman gave out GH¢10.00 and pleaded with Atta not to carry out his intention.

The regional crime officer further indicated that on August 8, 2011, Atta again approached one Alex at Yawhima and using the same modus operandi, succeeded in collecting GH¢50.00 from him.

He said just about the same time, Madam Nyarko appeared on the scene and told Alex and others around that she suspected that Atta was not a military officer.

Mr Amoako said based on what the woman said, the local people organised and got him arrested and handed him over to the military at the Third Battalion of Infantry (3BN), which is close to the Yawhima township.

Supt Amoako said the military in turn took Atta to the police, who quickly started investigating the matter and established that indeed, he was not a soldier and was subsequently arraigned before the circuit court.