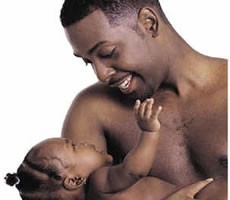 Dads who truly care about their kids will embrace a certain kind of paternalism.

Consider the following definition of “paternalism”: “Paternalism is the interference of a state or an individual with another person, against their will, and defended or motivated by a claim that the person interfered with will be better off or protected from harm.” (Stanford Encyclopedia of Philosophy)

Many philosophers are interested in the paternalism of the state, related to issues such as mandatory seat belt laws, the legal prohibition of drug use, and other laws which restrict the freedoms of citizens ostensibly for their own good. Here, I would like to discuss a different kind of paternalism, that of fathers with respect to their children.

Paternalism is derived from the Latin term pater which means “father.” While the word has negative connotations, rightly understood and practiced paternalism is a form of caring for someone else, especially in the context of fathers and children. (Of course, mothers do the same for their children, but in light of both Father’s Day and the trend of absentee fathers in our culture, my focus will be on fathers.)

Paternalistic fathers will limit the freedom of their children, as is appropriate to their age and development. This does not mean that a father should lock up his son or daughter to prevent them from going out with a kid they think will be a bad influence. It does mean that he will discuss it with him or her, give the needed warnings, or verbally prohibit the child from going out with the kid if need be. But in my view paternalistic dads should focus less on what kids shouldn’t do and more on who they should become. This is important for many reasons, including the connections between having a good character and flourishing as a fulfilled and deeply content human being.

Fathers should care about the persons that their children will become, as well as the persons they are at present. Paternalistic fathers who care seek to foster character traits such as honesty, compassion, courage, wisdom, and humility in their children. They realize that being a good person is more important than being a successful person who has power, prestige, and wealth. And it is the case that goodness is conducive to happiness, which is not true of power, prestige, and wealth.

A father who is paternalistic in the best sense cares enough to help his children become the best they can be.