‘Fight against galamsey is not an event, It’s a process’ – Lands Minister 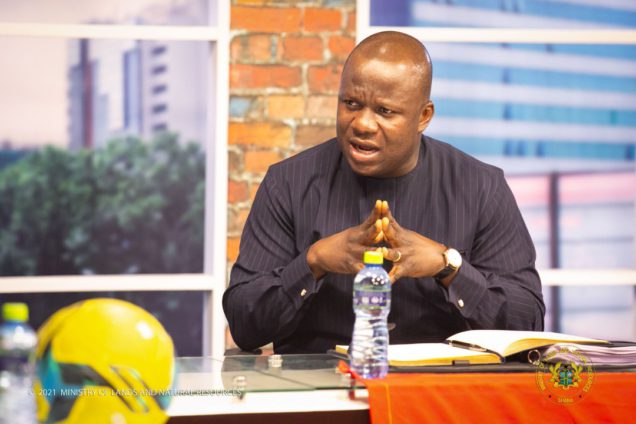 The Minister for Lands and Natural Resources, Samuel A. Jinapor, has sought the support of all and sundry in the fight against illegal mining.

He noted that the fight against ‘galamsey’ is not an event but a process that will be won eventually.

In a telephone interview with some media outlets in Kumasi, on Tuesday, 18th October, 2022, Mr. Jinapor said the government’s efforts and measures to bring an end to ‘galamsey’ will continue unabated, taking into review and consideration the various ideas and suggestions from the general public.

“Operation Halt II is in session with soldiers all over the country, and we are also working assiduously to bring up reforms in the mining sector and this fight is not going to be an event, it has to be a process and we need the support of all and sundry”

He, however, dismissed the idea of shooting to kill illegal miners on sight, stressing that “We are a country of due process and the rule of law must prevail so No! we cannot do that, that will be against the laws of human rights.”

He warned that nonetheless, government will continue to enforce the law to ensure that those who are still engaging in illegalities of any sort are brought to book.

The Lands Minister reiterated a number of measures that the government has put in place to en the menace, citing Operations Halt II, Community Mining Scheme, the involvement of Chiefs, Regional Security Council (RECSECs) and the Metropolitan Municipal District Assemblies, (MMDAs) as examples.

Confident about the measures of government to fight illegal mining, the Minister said that if all these interventions, which are geared towards the resolution of the menace are followed through, ‘galamsey’ will soon be an issue of the past.

DISCLAIMER: The Views, Comments, Opinions, Contributions and Statements made by Readers and Contributors on this platform do not necessarily represent the views or policy of Multimedia Group Limited.
Tags:
Galamsey
Lands Minister
Samuel Abu Jinapor