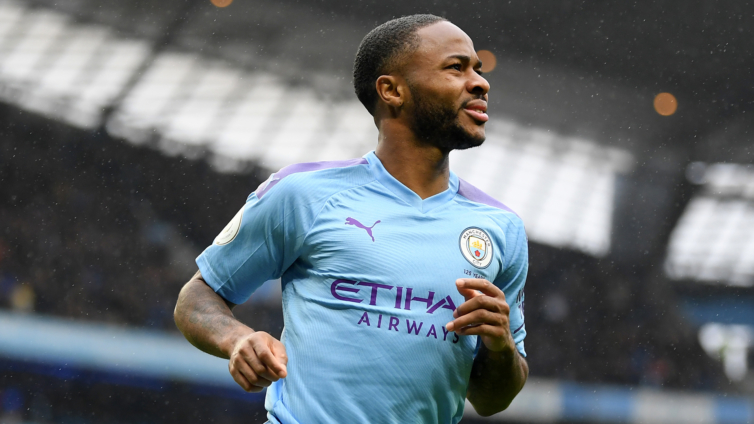 Progress in the fight against racism will only come in football when more black players become managers, England and Manchester City forward Raheem Sterling says.

Thousands of people have taken part in anti-racism marches in the UK, following the death of American George Floyd on 25 May in Minneapolis.

“The protest is a great starting point, to make your voice be heard,” he said.

“But just protesting alone is not going to make a change in this country.”

Speaking to the BBC’s Newsnight programme, the 25-year-old added: “It’s how we move on from here. It’s about highlighting things, the society that needs changing, and then acting upon it. We’ve done a lot of talking, and it’s time now to act.”

Sterling said there needs to be greater black, Asian and minority ethnic representation among administrators and coaching staff in British football, and that equal opportunities should be given to former BAME players.

As an example, he compared four former England internationals making their way in management: Chelsea’s Frank Lampard and Rangers’ Steven Gerrard, both white, and Sol Campbell and Ashley Cole, both black.

Campbell’s two management jobs to date have been in lower-league football, at Macclesfield and Southend, while Cole started coaching Chelsea’s Under-15s after ending his playing career last year.

Sterling said: “The coaching staff that you see around football clubs: there’s Steven Gerrard, your Frank Lampards, your Sol Campbells and your Ashley Coles. All had great careers, all played for England.

“At the same time, they’ve all respectfully done their coaching badges to coach at the highest level and the two that haven’t been given the right opportunities are the two black former players.

“The change is being able to speak to people in Parliament, people at the hierarchy at my football club, football clubs across the country, people at the national team of England, to implement change and give equal chances to not just black coaches but also different ethnicities.

“Give black coaches, not just coaches but people in their respective fields, the right opportunity. I feel like that’s what’s lacking here, it’s not just taking the knee, it is about giving people the chance they deserve.

In 2018, the Football Association announced in an equality action plan that 5% of its leadership roles and 13% of England coaching staff were filled by people from a BAME background. In the same plan, the FA set targets of 11% and 20%, respectively, for 2021.

“When there’s someone from a black background I can go to in the FA with a problem I have within the club, that will be when I know change is happening and not just in my field, also in Parliament,” Sterling added.

“Once we do see those numbers shifting, that’s when I’ll be happy and the people will be happy.”