Forgive’s folder: Journalism in the eyes of Ghanaians, what has Affail Monney done? 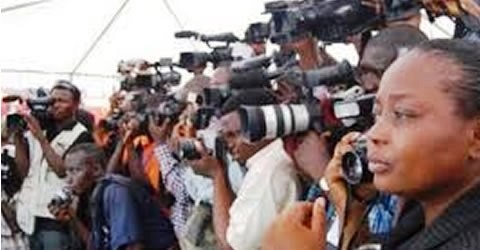 This revolves around changes or advancement in a nation, designed to improve the political, economic and social lives of a group of people. The real influence of the media in national development depends on the media themselves, the societies in which they operate and their target audience.

Nonetheless, none of these factors is the same everywhere at all times.

The media in an authoritarian regime is not likely to exercise the same influence as those in democratic societies. I will like to highlight a few examples why the Ghanaian media is a failed leg of government with reference to Radio and Television.

The traditional role of the media is to educate, inform and entertain. As to the quantum of each one of these elements required, I cannot determine. But I believe that through education, people are informed and through information people become aware of the influence they wield to bring about a change.

What then is the modus operandi of our radio and television networks lately? Though most of the private media hubs are owned by politicians, it does not give room to dilute the ethics or the ethos of the profession.

It is a common practice during the hours of 6:00 am -10 am on all television and radio stations for one to see or hear representatives of political parties ranting on issues in a desperate attempt to get the most attention. That is pathetically the status quo.

Though the media is supposed to be an agenda-setting tool, speaking for the voiceless and promoting sensitive issues affecting the public, some news anchors lousily lay back to either make news out of the reaction of political parties on a particular discourse, extract information from parliamentary proceedings or epistles from NGO’s inviting them for coverage.

Instead of dwelling more on social issues that affect people on the ground, stories are focused more on politics and politicians rather than the ordinary people.

The waakye seller, for instance, will be excited to know how to make an alternative investment in her business, how she can benefit from taxes she pays, how the GDP translates into her pocket and other sensitive issues around her.

Instead of polarizing the media with lots of social issues that directly affect the ordinary man in the street, the media has positioned itself where it has been overly saturated with politics which entomb the truth in our social dispensation, creating an atmosphere where everything has a political undertone.

The most annoying part of this poor journalistic approach is the habit of some anchors sitting on radio or television calling Minister’s to update them on issues. The question of whether the media has helped in the promotion of economic or social change in the lives of people is for me a failure.

Sedentary journalism is the order of the day. The days where journalist will have to do thorough research and probe issues to enable them to interact with their guest before proper production takes place has been compromised?

Where are the legacies of the likes of Tim Quashiga, Kweku Sakyi Addo, Madam Elisabeth Ohene, Elvis Aryeh, Gordon Avernorgboh and Mr Affail Monney? What has become of the most prestigious institutions of communication in the country? Where is the gatekeeping role of the media in Ghana?

The constitutional obligation of safeguarding higher journalistic standards in the country has been consigned to the past. The mutation of this effect is the common practice where speeches and comments are published without proper editorial scrutiny or analysis.

What is the fate of Ghana’s journalism in the next five years if the dream of every journalist is to seek fleeting pleasures such as fame, cars and the most fashionable wardrobe at the expense of proper journalistic ethics?