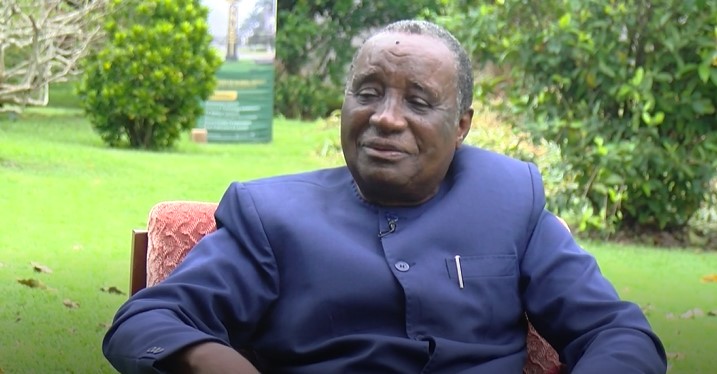 A former Diplomat and Politician, Kwame Saara Mensah, has recounted how an encounter with his headmaster made him turn a new leaf.

Reminiscing his days as a student at Prempeh College, the politician said that he left the campus in the company of friends without exeat to the Kumasi Sports Stadium to watch an inter-schools competition.

According to him, upon their return, they were caught red-handed by the-then headmaster and the punishment which came after was the deal-breaker.

“One day I and my two friends went for Inter zonal competition. Prempeh College had its own and Opoku Ware was in a different zone and we said we wanted to go and watch. So we went to Kumasi Sports Stadium without exeat. On our way back, instead of returning to the school, we decided to go to Bantama.

When we alighted, the headmaster’s car was right behind our bus. So as soon as we alighted, he beckoned us to come. So you can imagine. And that one experience that I had made me say ‘enough is enough’,” he narrated to host Ayisha Ibrahim on PM Express Personality Profile to be aired tonight.

For their punishment, Mr. Mensah said the headmaster asked them to weed the school’s football field.

“I mean how can three people weed a whole football field? But we couldn’t complain. We did only one lane and we were asked to go,” he said amidst laughter.

The Diplomat also highlighted his struggles while in the School.

Losing his father at just age 11, Mr. Mensah said it took the support of his relatives to bring him this far.

Make a date with Ayisha Ibrahim on PM Express Personality Profile at 9:00 pm tonight for the full episode.