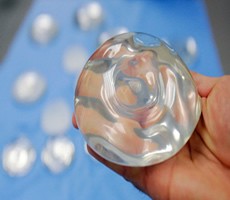 A fuel additive untested in clinical trials was used in breast implants that have since been banned, French radio station RTL reports.

RTL claims Baysilone, normally associated with the oil or rubber industries, was found in a breakdown of the implant, made by Poly Implant Prothese (PIP).

A lawyer acting for PIP strongly denied the report, telling RTL that the product was not industrial but a food product used in lipstick.

RTL had the implant examined by a chemistry and toxicology researcher who alleged that the materials used, which also included Silopren and Rhodorsil, had caused the high rupture rate from the silicone gel implants.

Although the French health safety agency was already aware the defective implants contained industrial rather than medical grade silicone, no mention has been made of additives from the petrol industry.

The British Association of Aesthetic Plastic Surgeons said earlier that the silicone was believed to have been made for mattresses but a lawyer acting for French implant-wearers said the composition of the implant varied.

French authorities have advised 30,000 women in France to have the PIP implants removed as a precaution because of an estimated 5% rupture rate.

The French health safety agency says it has registered 1,143 ruptures and 495 inflammatory reactions from the implants.

An estimated 300-400,000 women were given the implants, mainly in Latin America and elsewhere in Europe.

In the UK, 40,000 women have been advised by the government not to have them removed although ministers have ordered a review of data used to assess the risk of the implant leaking.

A surgeon advising the British government, Tim Goodacre, told the BBC on Monday that the failure rate was “quite out of the ordinary” and he said they should be removed on “a staged basis”.

No link has been made between ruptured implants and cancer.

“This isn’t an industrial product but a food product of the same type that goes, for example, into the making of lipstick,” he told RTL.

He also promised that PIP’s founder Jean-Claude Mas would emerge later this week to give an explanation. Mr Mas, 72, is believed to be in southern France.