Thieves stole some of Mahatma Gandhi’s remains on what would have been his 150th birthday, police say.

The ashes were taken from a memorial in central India, where they had been kept since 1948 – the year of Gandhi’s assassination by a Hindu extremist.

The thieves also scrawled “traitor” in green paint across photographs of the independence leader.

Some Hindu hardliners view Gandhi as a traitor for his advocacy of Hindu-Muslim unity.

This is despite Gandhi being a devout Hindu himself.

Police in Rewa, in Madhya Pradesh state, confirmed to BBC Hindi’s Shuriah Niazi that they were investigating the theft on the grounds of actions “prejudicial to national integration” and potential breach of the peace.

Mangaldeep Tiwari, caretaker of the Bapu Bhawan memorial, where the ashes were being held, said the theft was “shameful”.

“I opened the gate of the Bhawan early in the morning because it was Gandhi’s birthday,” he told Indian website The Wire. “When I returned at around 23:00 [17:30 GMT], I found the mortal remains of Gandhi missing and his poster was defaced.” 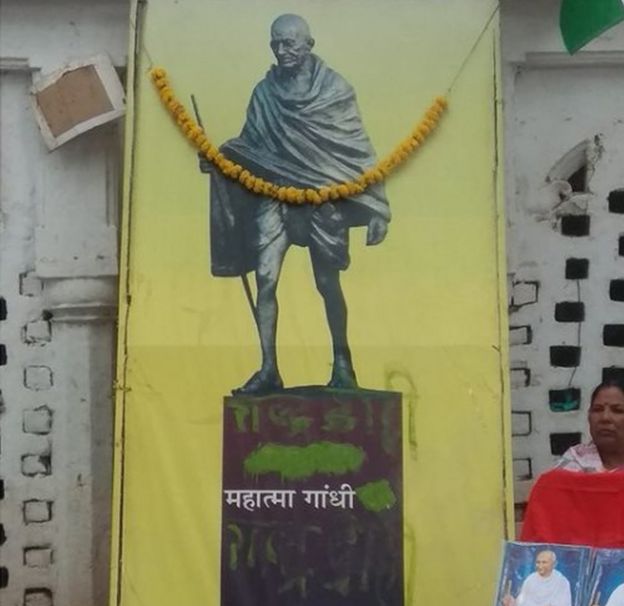 Most Indians still revere him as the “father of the nation”.

But Hindu hardliners in India accuse Gandhi of having betrayed Hindus by being too pro-Muslim, and even for the division of India and the bloodshed that marked Partition, which saw India and Pakistan created after independence from Britain in 1947.

He was assassinated by a Hindu extremist in January 1948.

After his death, his ashes were scattered in a river, in accordance with Hindu belief.

However, because of his fame, some were held back and sent around the country to various memorials – including the one in the Bapu Bhawan. 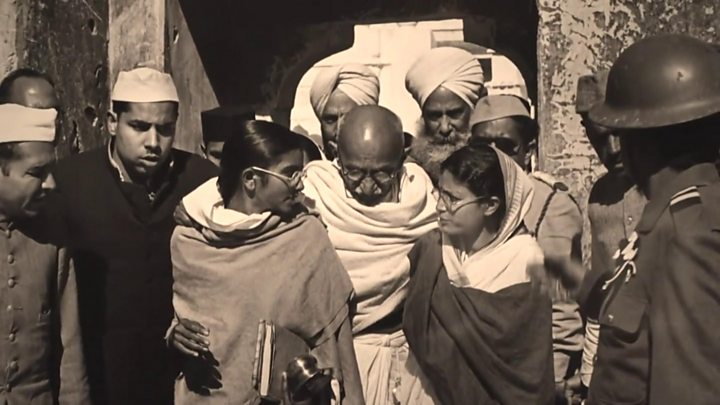 How Gandhi’s last day was photographed