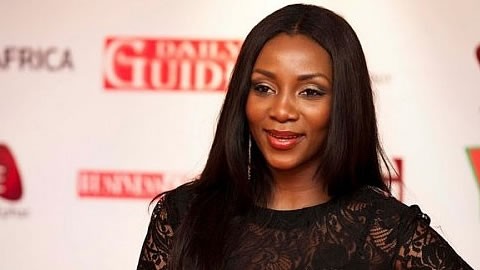 Nollywood screen goddess, Genevieve Nnaji has thrown her weight behind President Goodluck Jonathan’s announcement of the removal of fuel subsidy on January 1, 2012.

Genevieve, one of the many Nigerian celebrities who publicly threw her weight behind the president’s campaign in the 2011 general elections, has been under serious attack from the public for supporting the president.

Speaking to Nigeriafilms.com, Genevieve, one of the recent beneficiaries of National Honours by the present government said, “I still can’t help but feel [that] it [fuel subsidy removal] is the right move at the wrong time. There is tension and unease [everywhere].”

According to her, she is concerned about the present situation in the country adding, “I own quite a few things that consume a whole lot of fuel, so, yes. I am a concerned citizen.”

The screen queen however believes that, the government failed to give a proper explanation to the removal of fuel subsidy, a major cause of the current pandemonium in the country.

“Someone tried to explain the positive impact the removal [of fuel subsidy] would bring to the economy, just like GSM did. I could see the point but I don’t think a proper explanation was given to the public,” She said.

In another development, music producer and boss of Mohits crew, Don Jazzy born Michael Elebeli Collins also told Nigeriafilms.com that, he has regretted voting for the current president.

His comments come after the announcement of the removal of fuel subsidy by the government.

He said “I hardly regret decisions I make. But my one vote added to put the current government in power is one decision I regret with all my heart.”

Don Jazzy who manages popular musicians such as D’Banj and Wande Coal lamented that, “what I don’t know is if the man we all voted for deceived us knowing [that] he would turn out like this or he is not the one leading us. May God help us.”

He however stressed that, “We all voted for the guy [President Jonathan] because at the time, we thought and believed he would be the one to move the country forward. My conscience is clear.”