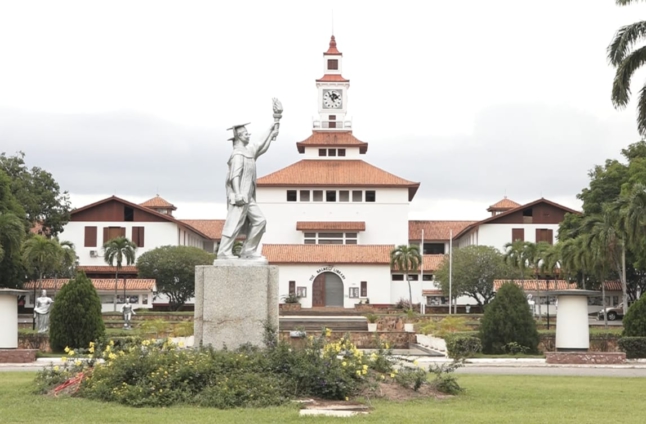 The benefits of higher education to the individual, the family, the community and the State are well documented.

For the individual, higher education bestows social status, access to employment and higher earnings. Many studies have established the link between higher education and better quality of life, with university graduates recording greater life expectancy than their less educated counterparts.

Citizens who have benefited from higher education also contribute significantly to economic growth and stability and improve social and political discourse, often leading to the strengthening of democratic systems.

It is these benefits of higher education that have led countries all over the world to employ various strategies to expand access to higher education. The UN Sustainable Development Goal (SDG) Goal 4, target 4.3 states that by 2030, countries “should provide equal access for all women and men to affordable and quality technical, vocational and higher education, including university”.

The principle is that all who have the ability and the desire to pursue higher education should not be denied access because of the lack of financial means.

Over the years, Governments have tried to create access for Ghanaians to these institutions, from the first decade after independence where tertiary education was free, including tuition and living expenses.

his model was however not sustainable as competing demands for Government’s scarce resources increased in areas such as health, agriculture and basic education. This state of affairs created a challenge for equal access to tertiary education in Ghana.

This led in 1968 to the proposal to introduce a student loan system by the Dowuona Committee which was tasked to review the financing of education.

This culminated in the introduction of an unpopular and short-lived Student Loan Scheme in 1971 which was abolished a year later when General Ignatius Kutu Acheampong overthrew Prime Minister Abrefa Busia and his Government.

The quest for an equitable and sustainable means of funding tertiary education was however not over and Ghana experimented further with a loan to finance books and living expenses in 1975 whiles tuition fees remained free. The loan was disbursed by a state bank.

Kotey (1992) contends that the scheme met with abysmal repayment rates largely because the loan financing came from the Government and not the bank. After an equally problematic experiment in 1986, the SSNIT Loan Scheme was introduced in 1989 and lasted until 2006.

The challenges impeding wider access to tertiary education among poorer households in Ghana, is what led to the establishment of the Students Loan Trust Fund (SLTF) in December 2005 as part of reforms to make tertiary education more accessible to the majority of qualified Ghanaians undertaking accredited programmes in accredited tertiary institutions. The Trust Fund also has the responsibility to recover loans from students after the completion of tertiary education.

A World Bank report, Sharing Higher Education’s Promise Beyond the Few in Sub-Saharan Africa, published in October 2017 notes that;

These factors stifle the catalytic potential of higher education, corroding its potential for driving economic growth and sustaining poverty reduction. Instead, patterns of access to tertiary education have generally reinforced and reproduced social inequality, instead of eroding its pernicious social and economic effects.

For brilliant but needy students who cannot secure one of the limited number of scholarships available in Ghana or elsewhere, it should not be the end of a dream.

A Government subsidized Student Loan from the Students Loan Trust Fund is the best ticket to tertiary education and a more secure future. Loans may be used to pay for tuition fees, accommodation, books, computers and accessories or general living expenses.

Over the years the SLTF has taken several significant steps to widen access for students from less privileged backgrounds. The number of SSNIT guarantors that a borrower needs to access the loan was reduced from three persons to one.

Additionally, applicants who were unable to produce a SSNIT guarantor, were given the opportunity to have their loans guaranteed by their District Assembly, Church, or Mosque. In spite of all these measures, securing a guarantor, continued to be a significant challenge for needy students who need financial assistance the most. It is for this reason that the “No Guarantor” policy was launched in June 2022.

The introduction of this policy means that students can easily access the loan scheme, provided they have a national ID card, and are pursuing an undergraduate degree or diploma in an accredited institution.

Tertiary education will remain elusive for the poorest of the poor and will continue to favour those who had the opportunity to attend better resourced basic schools where students are better prepared for higher education, however the subsidized student loan with its generous repayment conditions offers a real opportunity for students who would otherwise not have had the opportunity to experience tertiary education and enjoy all the benefits it bestows on the individual, the community and the nation as a whole.

DISCLAIMER: The Views, Comments, Opinions, Contributions and Statements made by Readers and Contributors on this platform do not necessarily represent the views or policy of Multimedia Group Limited.
Tags:
Student Loan