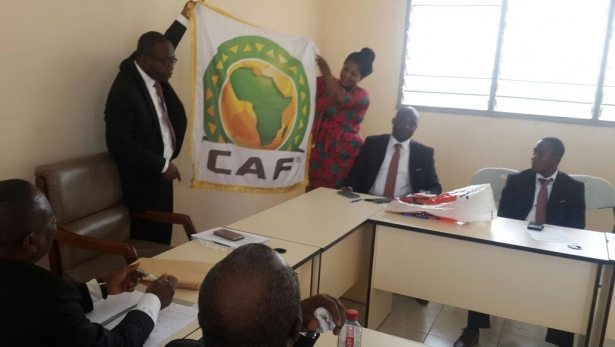 The Ghana Football Association has officially received a mandate from the Confederation of African Football to host the 2018 Women's African Cup of Nations.

The mandate which is symbolized by the CAF flag was received by the Chairperson of the Black Queens management Madam Leanier Addy at the end of the last Championship in Cameroon earlier this month.

Madam Addy presented the mandate to the Executive Committee of the GFA on Monday morning ahead of the Association's congress.

Eight countries will participate in the tournament which will be staged over two-week period.

The 2018 Africa Women’s Championship will also serve as qualifier to the 2019 FIFA Women’s World Cup.