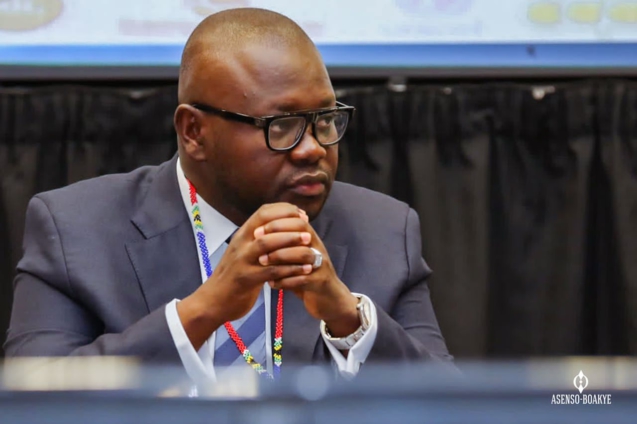 The Minister for Works and Housing, Francis Asenso-Boakye has assured world leaders that Ghana is committed to upgrading existing slums while preventing the emergence of new ones in the country.

He made this known while addressing participants at a high-level meeting to launch the “Global Action Plan Framework on Informal Settlements and Slums” being held in Pretoria, South Africa by the United Nations Human Settlements Programme (UN-Habitat) and the Government of South Africa.

Mr. Asenso-Boakye said there is an urgent need for coherent and integrated national urban and housing policies, which prioritise the implementation of national development plans, policies, and result-oriented programmes and projects for slums.

“Ghana has taken the bold step in the development of a draft Slum Upgrading and Prevention Strategy, following the country’s active participation in the implementation of Phases 1 and 2 of the “Participatory Slum Upgrading Programme (PSUP)”, and the emergence of this Global Action Plan will help shape our strategy for effective implementation”, the Minister added.

The Minister for Works and Housing further indicated that the importance of the Global Action Plan Framework on Informal Settlements and Slums, cannot be over-emphasized as it will consolidate, and amplify the world’s collective resolve to accelerate the implementation of the Sustainable Development Goals (SDGs), and the New Urban Agenda (NUA).

The Executive Director of the UN-Habitat, Her Excellency Ms. Maimunah Mohd Sharif, while speaking at the launch lauded various governments’ for their resolve towards upgrading existing and prevention of slums.

The high-level meeting also brought together ministers, top government officials, as well as CSOs who continue to play active roles in upgrading and transforming informal settlements.

The international meeting will see to the launching of a Global Action Plan Framework to transform Informal Settlements and Slums in the Decade of Action, accelerating the implementation of the Sustainable Development Goals and the New Urban Agenda.

The international meeting leverages the momentum of the Urban October and the preparation process for the UN-Habitat Assembly in June 2023.

The Global Action Plan Framework Initiative is anchored in the Slums and Informal Settlements Network (SiSnet) launched during Habitat III in Quito as part of the global Participatory Slum Upgrading Programme (PSUP), initiated by the Organization of the African, Caribbean and Pacific States (OACPS), financed by the European Commission and implemented by UN-Habitat.

DISCLAIMER: The Views, Comments, Opinions, Contributions and Statements made by Readers and Contributors on this platform do not necessarily represent the views or policy of Multimedia Group Limited.
Tags:
Asenso-Boakye
Global Slum Upgrading Plan