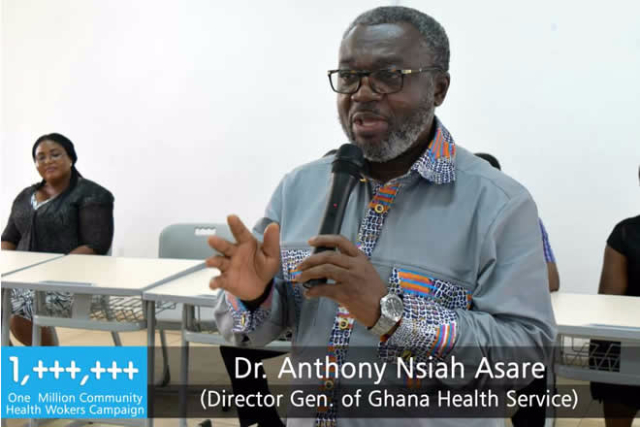 The Ghana Health Service has denied sanctioning some health facilities to charge monies for vaccinating students as schools prepare to reopen next week.

It emerged on Friday that some health institutions in the country were charging as much as GHS250.00 for HINI vaccines.

Also, GHS20.00 was being charged by these same institutions for meningitis treatment.

The development has angered parents who are demanding answers from the GHS, especially when they have not been informed about such fees.

Joy News’ Efua Evans Chinery went to the Adabraka Polyclinic and reports that some parents who did not have the monies requested for by the facility left in anger.

The Director-General of the GHS, Dr. Anthony Nsiah-Asare said no hospital has been authorized to vaccine students at a fee.

According to him, the vaccines procured during the outbreak of the H1N1 were only administered to persons who came into contact with affected students and staff of the various schools.

“Adabraka Polyclinic has not been given any H1N1 vaccines to be given to students. Where it came from I don’t know.

“I am shocked and surprised to know that the Adabraka Polyclinic is an immunization centre for travelers and those who go in for immunization,” Dr Nsiah-Asare said.

He also indicated that at the moment, the country does not give H1N1 vaccines for routine medical checks.

But authorities at the Adabraka Polyclinic explained that the vaccines they are giving out were not brought into the country by the government.

According to them, the vaccines they have were supplied by a credible pharmaceutical company – Ernest Chemists – the reason it is administered to people and supplied to other facilities at a fee.