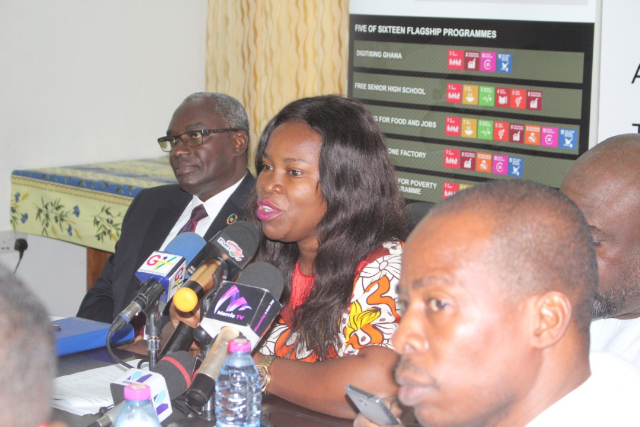 The Chamber for Tourism Industry Ghana, Africa Open Data and Internet Foundation, the Ministry of Tourism and Ghana Tourism Authority together with the National Development Planning Commission (NDPC) launched the Africa Digitization Conference to gather the world in Ghana to discuss how tourism and trade in Africa and among other continents can drive Africa’s economy with digitization as a major catalyst.

The event seeks to create a platform where a multi-stakeholder dialogue will put everyone on an equal footing to produce policy documents to help the AfCTA office, governments and the private sector to plug in on using tourism and trade as major drivers.

Launching the event, the Deputy Minister of Tourism Dr Ziblim Iddi said the government has a cabinet committee set up to drive the tourism sector to make it a major economic driver after cocoa in Ghana.

A-10 year strategy has therefore been set to drive investment from the diaspora into Ghana.

“In ensuring that we build on the gains of the “Year of Return” the president of Ghana has approved the “Beyond the Return” initiative with seven key points of which the first is Diaspora investment drive targeted at wooing in more foreign investors to the sector.”

“We did not get enough in terms of economic impact of the massive inflow of people that witnessed, so in order to say that we were successful with the Year of Return, there was the need to be able to bring them back but with the mindset of investment in Ghana and Africa,” the Deputy Minister said.

The Deputy Minister commended the Chamber for tourism for the conference since it fits into the tourism development agenda of the government.

Taking her turn CEO of the Chamber of Tourism, Odelia Ntiamoah said tourism is Africa’s next big thing when it comes to using the sector as a major growth driver.

She added the conference will focus on digitization to network trade and tourism to achieve the Africa Union’s Agenda 2063 and the Sustainable Development Goals.

Mrs Ntiamoah added, “Since we don’t want people to just come to the conference and leave we have asked that people register on the website to see different parts of Ghana for investment, this will give them firsthand experience. Also, there will be Hackathons where young people are to share their technological ideas in the area of tourism and get investment for them.”

The Africa Digitization Conference on Tourism and trade is slated for the 24-26 August at the Accra International Conference Center.

Over recent years, tourism and trade have enjoyed rapid growth and geographic diversification in Africa, becoming one of the fastest-growing and most important economic sectors Africa has ever seen, contributing nearly 3.9 per cent growth to world gross domestic product (GDP) above the world growth rate and generating one in eleven jobs in Africa.

Tourism accounts for 11percent of export earnings, while Africa (travel and passenger transport) accounts for 269 billion dollars to GDP.

Africa’s tourism industry is now the second fastest-growing in the world. Some 67 million tourists visited Africa in 2018, representing a rise of 7% from a year earlier, making Africa the second-fastest-growing region when it comes to tourism, after the Asia Pacific.

Tourism is the fastest developing enterprise in Africa and currently one of the continent’s major investment opportunities, viewing its 6% growth rate for the last decade.