Ghana-Togo border closed for hours as youth clash with police in Togo - MyJoyOnline.com 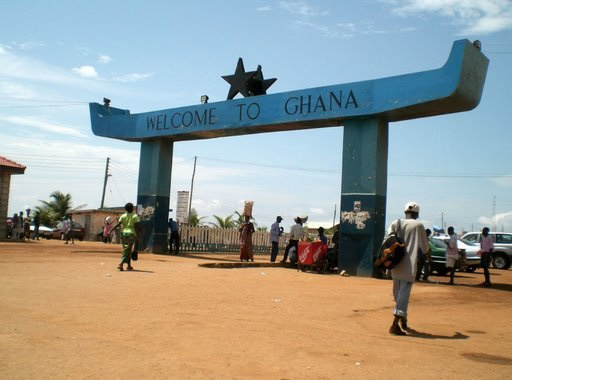 An eyewitness, who is also a police man, Courage Azumah told Myjoyonline.com, Police clashed with some angry youth protesting the arrest of a young man said to be selling fuel on a table.

It is not clear the reason for the arrest but the youth who were unhappy with the arrest provoked the Togolese police by pelting them with stones.

The police hit back by firing tear gas and rubber bullets to disperse the angry youth.

The youth resorted to burning tyres on the roads just across the Togo border.

The incident which began around 10:00 am, caused lots of inconvenience for traders, most of whom were prevented from crossing the border to Togo and vice-versa.

Some traders who were desperate to cross the border to Togo were said to have used the Beach 9 end of the border and were made to pay monies to some border guards, another eye witness reported.

According to Azumah, both the Togo and Ghana borders remained closed for several hours as authorities attempted to restore calm in the area.

Not until around 2:00 pm the the borders remained closed.

Attempts to speak to the Immigration at the Ghana end of the border proved futile.