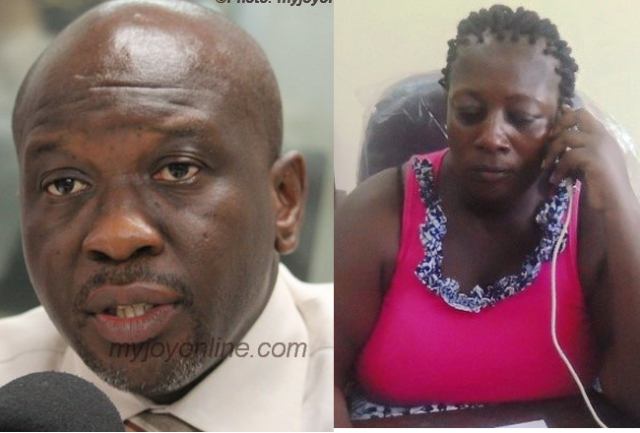 A water research scientist Dr. Gloria Addico has mounted a robust defence of her research findings that there are toxins in water produced for consumption by the Ghana Water Company.

Dr. Addico, who is with the Water Research Institute of the Centre for Scientific and Industrial Research (CSIR) says Ghana Water Company has no capacity to determine the presence of the toxins and can therefore not dismiss her work.

A Water Research Institute report on water treatment plants from Weija and other plants have found in the water, toxins from algae that can cause kidney, liver, nervous system and heart problems.

According to the report, the Ghana Water Company Limited only does conventional treatment which only removes bacteria. The use of chlorine and alum to remove bacteria is incomplete treatment.

Ghana Water has 86 treatment systems but it does not have the technology to determine the presence of algae toxins, the report claims.

In a response, the Public Relations Officer at the GWCL Stanley Martey on Joy FM’s Super Morning Show Monday accused Dr. Gloria Addico of causing fear and panic among the consuming public.

Water treated by GWCL is okayed by the Ghana Standard Authority as meeting the best standards, he said. At least 90% of water treated by the company is used by other water bottling companies for re-sale, the PRO asserted.

Stanley Martey says all the staff of Ghana Water Company including technicians who treat the water consume it, attesting to its safety.

“Even my managing director drinks the water. Everybody drinks it”, he said.

At the heart of the challenges facing the treatment of water is pollution.

The Densu river has been polluted for a very long time we admit that…pollution increases the cost of production” he said. The Densu river supplies water to treatment plants in Weija, Koforidua and Nsawam.

The GWCL does a daily analysis of the water sources to determine the presence of the latest pollutants. If a new pollutant is detected, the company finds a chemical response before it continues with the treatment.

…anytime there is a new introduction of a pollutant, we also look for an antidote for it….we make sure we move with along with the times…we still are changing as we move along”

In the case of algae toxins, the company uses activated carbons to treat it. While treating the water, the GWCL has over the years supported campaigns to reduce pollution of river bodies, he said. The campaign has been yielding results, the PRO said.

Stanley Martey said the research was done in 2009. Seven years later, the problems identified have been dealt with, he insisted. The GWCL has also not received a copy of the 2009 research by the Water Research Institute, he said.

“He is a PRO, I am a scientist of high reputation…he is just making noise,” she shot back.

"I am not mandated to give my research to the Ghana Water Company. I do the research as a personal interest and on behalf of the CSIR…This research was done as part of my Ph.D." she explained.

Robert Gordon University invited her in 2011 to present her work and further analysis confirmed the presence of toxins.

Dismissing the suggestion that her work is outdated, the senior research scientist said other plants such as Kpong, Barikese, Owabi treatment plants have confirmed the presence of the toxins in 2011.

Some international agencies showed interest in supporting further studies. Her work was followed by a conference in Ghana for stakeholders in the water sector and international partners which were also reported in the media.

“Nobody minded me. Should I leave my lab and go around shouting?” she said.

Algae toxins in water were linked to the deaths of 80 dialysis patients in Brazil, she warned.

The reason why the Ghana Standards Authority and the GWCL cannot detect algae toxins is because the two bodies do not have the technology capable of doing so.

Not even the CSIR can detect it, she said. Samples are sent outside the country for the quality of water to be determined, she said.

Stanley Martey complained that the Water Research Institute has not been cooperative with the GWCL.

“Why don’t you come close to us…Why is she keeping it to herself?” he said.

The PR Director and CSIR scientist later offered to move the discussion away from the media and work behind the scenes on her research findings.