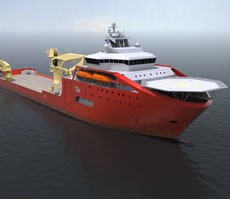 The dream of a young Ghanaian and his 11 Nigerian accomplices to sneak into Spain via a vessel, hit a snag when they were arrested in Lagos.

The 12 had stowed away into the MV African Osprey, in their search for greener pasture but were arrested by the Nigerian Navy.

The stowaways whose ages are between 12 and 26, reportedly hid inside an unused cabin in the ship said to have been   laden with hazardous materials.

The rescue of the stowaways according to the Flag Officer Commanding Western Naval Command, Rear Admiral Ilesanmi Alade was carried out in conjunction with personnel of the Nigerian Maritime Administration and Safety Agency,NIMASA, even as he reiterated the Nigerian Navy’s drive to make the nation’s waterways safe for legitimate businesses to thrive.

However, he appealed to ship owners and sea farers to ensure that thorough security checks were conducted onboard prior to departure from Harbour.”.

Explaining how they were arrested, the Commander Beecroft, Commodore Emmanuel Uwadiae, said midway into the journey the suspects who apparently inhaled the chemical substance, started banging frantically on the door of the cabin, thereby attracting the cabin crew.

He said “The Nigerian Navy took custody of 12 suspected stowaways at the Lagos anchorage. The suspects were found onboard MV African Osprey which had cast off from Tin-Can Port Apapa on May 19, 2014.