Bernard Morrison, who plies his trade in South Africa for Orland Pirates, is facing robbery charges.

The former AshantiGold star man has been arrested by South African police for being in possession of stolen car.

Morrison was reportedly picked up on Tuesday morning by the ruthless police while he was driving the said vehicle and detained at the Douglasdale police station In Randburg, according to the Daily Sun

The player reportedly acquired the car through an agent, but the agent did not pay the instalments.

Morrison recently customized the registration of his car with the name of his mother saying ‘’she is the most important woman in his life’’. 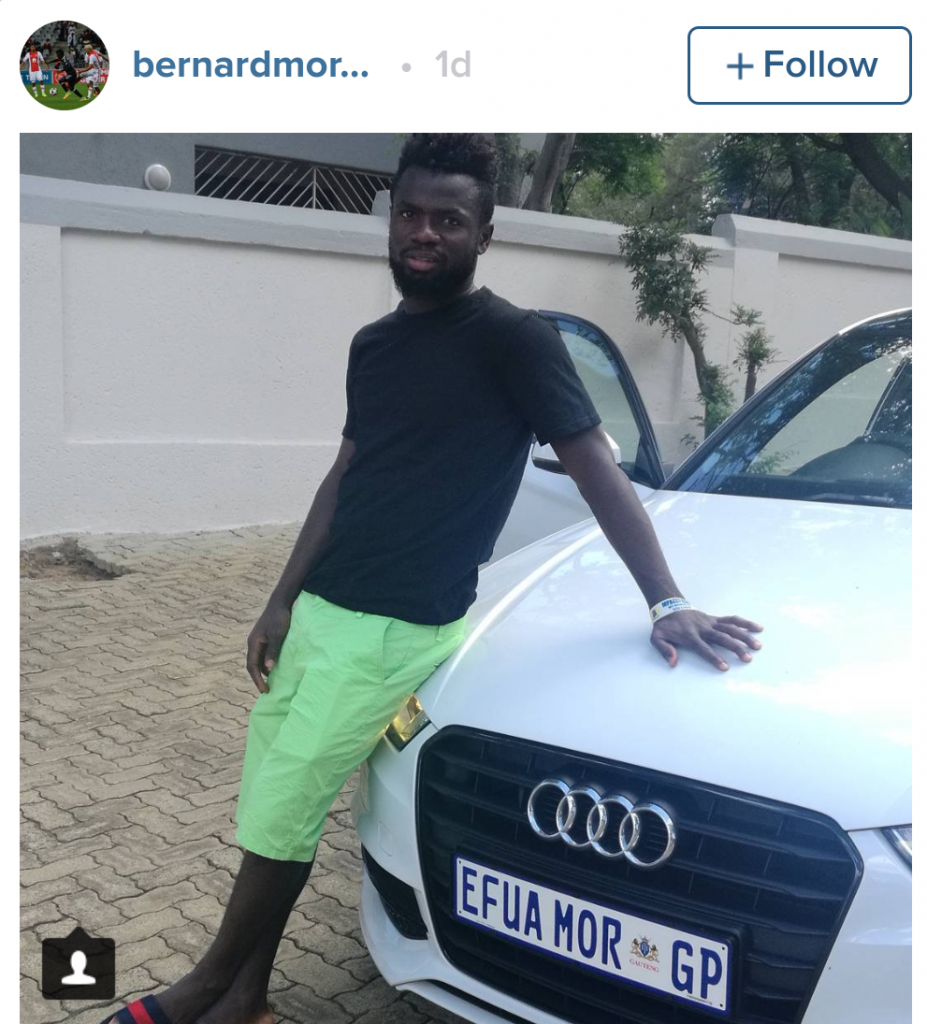 A very religious and passionate Bernard says his mother has been the engineer of his career success and owes her everything.

The former AshGold midfielder was magnificent for his former side AS Vita Club and his spectacular run sparked interest from the South African giants who lured him in June last year.

But has struggled since joining Bucs at the start of the season. Thus far, he has accumulated only nine appearances in all competitions.