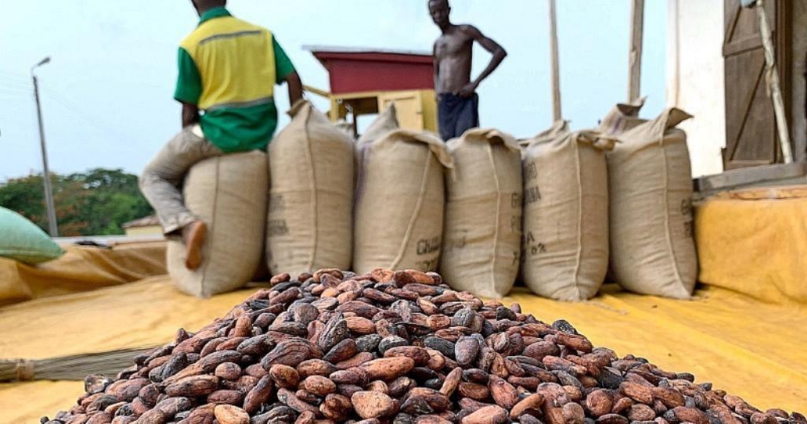 This came up during the 2019 NTE statistics launch by the Ghana Export Promotion Authority in Kumasi.

NTEs continue to contribute only about 18 per cent of the national export which is mainly of natural raw materials.

National export grew by 8.53 per cent over 2018 compared to a slower rate in NTE for the same period

According to the report, the top 10 products contributed about $1.66bn that is 57 per cent of the revenue.

The report revealed the processed and semi-processed sector was basically the main drivers, particularly from cocoa products, which contributed over $800 million.

“The manufacturing sector (processed and semi-processed sector) continues to be the highest contributor. Its contribution improved by 11.15% compared to 2018. This was driven mainly by cocoa processed products like cakes, butter, paste and supported by canned tuna, articles of plastics and iron and steel products,” the report said.

However, cashew which was the number one contributor dropped to the second position. It was only raw agricultural products that showed in the top 10.

“A 37 per cent drop in cashew contribution drove a significant decrease in the agricultural sector’s contribution to this year performance. The sector contributed circa $ 591mn compared to this year $430mn. Cashew was affected mainly by low demand at the beginning of the season,” the report noted.

Oil palm products though contributed only about $2 million, the report noted a significant growth of more than $112 million in contributions, an increase of over 5,000 per cent.

This, the report says is “because of increased market in the sub-region and increased utilization of ETLS.”

95 Ghanaian nurses have been exported to Barbados Country to work for 2 years.

The Authority says “it’ll be focusing on Services Export since it drives in lots of Foreign Currency into the Country.”

This will be in the areas of Higher Education, Medical, Information Technology and IT-enabled Serivices and Professional Services to sub region and Africa as a whole.

CEO of GEPA, Ms Afua Asabea Asare says the report is part of the authority’s mandate to provide data for local industries to flourish.

“We believe that access to reliable data on international trade flows is vital and we need that data to make inform decisions as a nation,” she pointed out.

Deputy trade and Industry Minister, Robert Ahomka-Linday assured that government will be creating a congenial atmosphere for businesses to thrive.

He believes GEPA’s role will position Ghana to greatly benefit especially with the coming of the African Continental Free Trade.

“This report has shown that the opportunities are really vast. And we look forward to GEPA playing its role and really helping Ghana position itself to take advantage of that and it’s the private sector which will drive that,” he’s optimistic.

“We cannot attain Ghana Beyond Aid and Industrialized Ghana by making products for only Ghana, we must add export and that’s where GEPA comes in,” he added.

Mr Ahomka-Lindsay assured government will be focusing on the food processing sector to increase revenue from Non-traditional export.

He said: “The support of the processing is critical. Most of our activities involve agriculture so we want to process and add value to it. Ghana government through GEPA will be providing support and training to help with this goal.”

“As part of our ten-year strategy, we’ll be processing more cashew. Once will grow more, we’ll process it because we understand the value of the cashew business. We don’t want to sell the beans,” Mr Ahomka-Lindsay spelt out intervention to increase revenue from Cashew export.

Board Chairman of GEPA, Sandy Osei-Agyeman urged what he calls, “the multiply effect” where we judiciously consume local products.

“Just like the Jews, Lebanese, the Indians, love to buy from each other, we in Ghana don’t. We should support what we do here by buying from one another. We have to consume what we make here and we can export the rest so we’ll keep the money here,” he said.