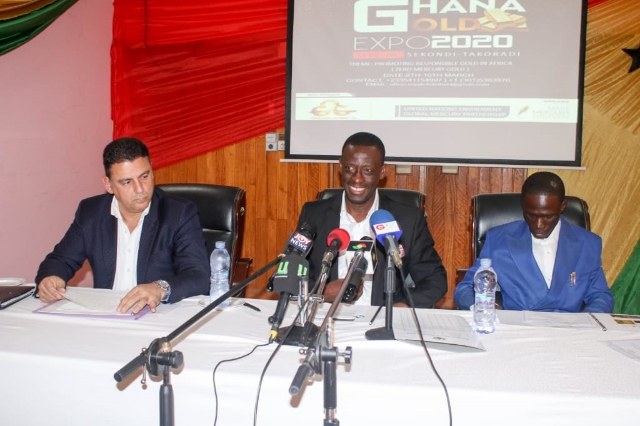 Gold Coast Refinery will sponsor the Ghana Gold Expo 2020, an event that seeks to create a synergy among key stakeholders in gold mining sector.

The expo is under the auspices of the Western Regional Coordinating Council and Aurum Monaco, a partner of View Tag Ghana.

Aurum Monaco is a refinery located in the Principality of Monaco, in the Fontvieille District and a partner of the United Nations Environmental Programme.

The event, according to the organisers, also aims at building proper structures to bring transparency and trading of gold to the people of Ghana and the rest of the world.

The expo will be held in the Western Region in March 2020.

In a statement, organisers said Gold Coast Refinery’s sponsorship of the expo is in line with its capacity to refine gold for exports in Ghana.

“It’s also the interest of the sponsor to promote a serene business environment where it will provide a platform for dissemination of information on Gold trade and investment as well provide a legal framework within such trades in Ghana,” organisers explain.

A further communique issued by the CEO of Aurum Monaco, the international gold refinery company in Monaco, said its partnership with the organisers is aimed at deepening social support for the implementation of zero mercury mining practices and technology by small scale and artisanal miners.

The expo also complements the efforts in the launching of the Community Gold Mining Scheme and the promotion of the Minamata Convention which Ghana signed in September 2014 and ratified on 23rd March 2017 (Zero Mercury in Gold Production).

Furthermore, the expo is in support of the United Nations global mercury partnership initiative aimed at exploring innovative market-based approaches to eliminate the worst practices in Artisanal and Small-Scale Gold Mining (ASGM) and prevent the harmful effects of mercury used in mining.