Good governance hinges on the rule of law – NCCE 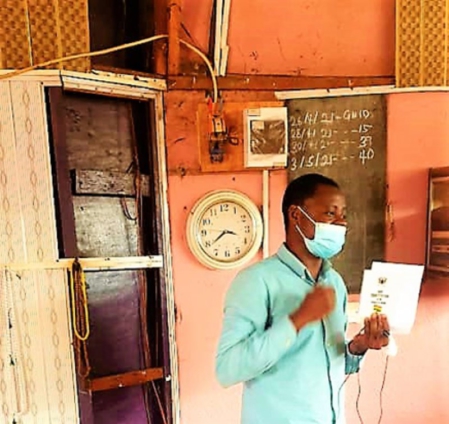 Old Tafo Municipal Director of the National Commission for Civic Education (NCCE), Suraka Saani has implored Ghanaians to work assiduously to promote the rule of law.

According to him, upholding the country’s fundamental laws as enshrined in the 1992 Constitution, especially in governance, was relevant to realizing the nation’s development aspirations.

The people have a responsibility to speak against any abuse or breach of the constitution, the NCCE Director said.

He added that they should be committed to protecting the legal document for accelerated political and socio-economic growth.

Mr Saani was speaking at Old Tafo in the Ashanti Region on the sidelines of an educational outreach programme for some identifiable groups at the Municipality.

The programme, held under the auspices of the NCCE, formed part of activities marking the Annual Constitution Week, which seeks to keep the citizenry abreast of the provisions in the constitution and their intended purposes.

This is to empower them to defend the legal document to the letter at all times to engender constitutional rule.

Mr Saani indicated that the Commission had engaged stakeholders, including students, traders and artisans, and other identifiable civil society organizations, to sensitize them on their civic responsibilities.

The NCCE would not relent in their engagement with the citizenry, with the view to updating them on their constitutional rights, he said.

The underlying objective, he explained, was to imbue in the people the sense of patriotism, so that they would contribute meaningfully to the nation’s development in their respective fields of endeavour.

The 2021 Annual Constitution Week is being commemorated on the theme: “We are One, Ghana First”.