Government addressing all challenges in Yendi – Akufo-Addo assures Ya Naa 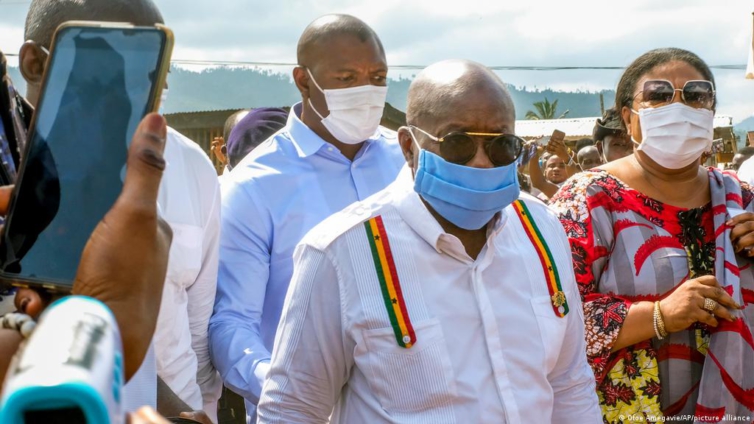 President Akufo-Addo has assured farmers of the timely supply of fertiliser following the delay in supply at the beginning of the farming season.

According to the President, measures have been put in place to ensure that farmers across the country access subsidized fertilizer without stress as they did during his first term in office.

The President said this in response to some challenges outlined by Ya Naa Abubakari II during a courtesy call on him at the Gbewa Palace in the Northern Region.

President Akufo-Addo, who is on a two day tour added that the Yendi Water Project is now ready for implementation and very soon the design would be completed.

“Already the consultant has been chosen and with that comes the choice of the contractor. I am very confident that before this year is over, the contractor will be on site to begin the construction of the Yendi Water Supply,” he said.

The President also pledged his commitment to the construct of the satellite campus of the University for Development Studies before he leaves office .

President Nana Akufo-Addo assured the chief and his people that government would address the transport challenges faced by students at the Dagbon Senior High School in Yendi.

According to him, the Minister for Interior and Defence has been directed to address the concerns of logistics for security personnel in Yendi.

The President commended the Ya Naa for his tree planting initiative.

He said his government will not just plant five million trees but more before his tenure ends.

The President praised the King for putting together the Yendi Development Fund, a document that highlights the potential of the area adding that he has no doubt it would ensure development and growth.

The President assured that his government would offer the needed support to make it work.

“You can be sure that what ever assistance government can bring to make sure that the lion coming out of the dark ends up as the lion in the light, we will work together for that purpose,” he added.