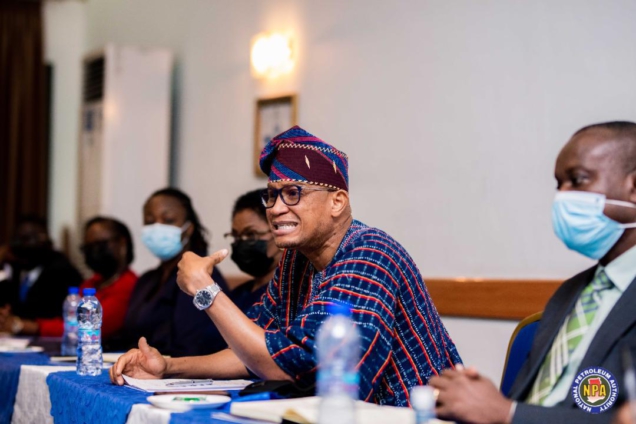 The Chief Executive Officer (CEO) of the National Petroleum Authority (NPA), Dr. Mustapha Abdul-Hamid has re-iterated government’s commitment to the implementation of the Cylinder Recirculation Model.

Dr. Abdul-Hamid gave the assurance at a meeting with LPG Marketers Association (LPGMC) at the Fiesta Royale Hotel in Accra on Wednesday.

“It is not in our interest that four years after the commitment to implement a cylinder recirculation model, it has still not been done” he said.

“We at the NPA are determined to make this policy a reality. In the entire sub-region, it is only Ghana and Nigeria that still operates LPG filling stations. We ought to move with the times” he added.

The meeting was part of Dr. Abdul-Hamid’s stakeholder consultations in the downstream petroleum sector. It was to afford the CEO of NPA to understand the challenges that bedevil the LPG sector and how those challenges can be surmounted.

Welcoming Dr. Abdul-Hamid and his Directors to the meeting, the Vice President of the LPG Marketers Association, Gabriel Kumi said that while the LPGMC is not against the implementation of CRM, it is opposed to how the NPA has handled its implementation all these years.

He said that the NPA has sought to implement the policy as if it was implementing a policy in virgin territory.

“The NPA was proceeding as if there was no LPG market in Ghana prior to the floatation of the idea of a CRM” he said.

“Some of us have been in the LPG business for the last 20-30 years and so when the NPA behaves as if it is implementing a policy from scratch, it is worrying” he added.

Gabriel Kumi also called on government to remove all taxes on LPG to make it affordable to many Ghanaian people, lamenting, the situation where today, people buy LPG in “tots” and said that it is a disincentive for people to enter the LPG market.

Mr. Kumi also assured that the LPGMC is not against the CRM and promised the cooperation of the association in seeing to its proper implementation.

He however called on the CEO to intervene with government to grant a partial lifting of the ban on the opening of new LPG stations, since many of them were at various stages of completion before the ban was imposed, following the Atomic Junction gas explosion.

Responding to Mr. Kumi, Dr. Abdul-Hamid thanked the LPGMC for their renewed commitment to the CRM policy.

He assured them that changes were going to be made within the NPA to give the LPGMC confidence to cooperate with the NPA to see to the implementation of the CRM.

Dr. Abdul-Hamid asserted that in negotiation, something must always give, and to that extent, he is going to consult with the Energy Minister to request for a partial lifting of the ban on the establishment of LPG stations, in order to allow those who had invested in them to reap the benefits of their investment.

Both the NPA and the LPGMC assured of a renewed friendship and cooperation that will see the growth and development of the LPG sector of the downstream petroleum industry.

“No more fight” Dr. Abdul-Hamid said, to which the LPGMC responded, “no more fight.”