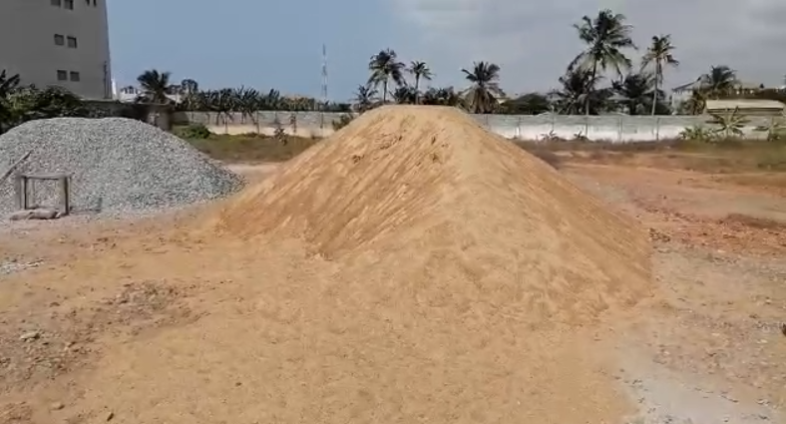 The Ranking Member of Parliament’s Health Committee, Kwabena Mintah Akandoh, has alleged that the government has misapplied the €68m allocated for the rebuilding of the La General Hospital.

The La General Hospital was closed down in March, 2020 by the government to make room for reconstruction as a result of the deteriorating nature of the facility.

The building was eventually demolished for the planned renovation, which would improve healthcare services for residents of the area.

The hospital, before it was demolished, served patients from Osu, La, Teshie and other areas along the coastal belt of Accra.

In August, 2020, President Akufo-Addo cut sod for the redevelopment to make the hospital fit for purpose as integrity assessment revealed some cracks and general weakness.

This redevelopment project was to be financed by a credit facility from Standard Chartered Bank of the United Kingdom, with an export credit guarantee from China’s SINOSURE worth about €68 million with an insurance cover of €3.8 million.

However, two years later, the ground is overgrown with weeds, and the beautiful artist’s impression is yet to be realized. This was uncovered during an inspection by some members of the Minority Caucus.

Commenting on the issue, Mr. Mintah Akandoh, blamed the delay in commencement of the project on misapplication of the funds allocated for the project.

He also requested that the government should prove him wrong by finishing the abandoned La General Hospital if the funds have not been misappropriated.

“The facility we saw two years ago is still a park and the people of La deserve better than this. It has gone beyond the Minister, because he has lied about it. The Minister’s attention was drawn to it on the floor of the House, and he gave a series of excuses and promised further to commence the construction and complete it, but we still are here,” he said.

“A facility which cost about 68 million euros, and you have only one trip of sand and gravels on the site.  From all indications, work will not commence any moment from now. I am strongly convinced that they have misapplied the money. I want to be proven wrong. If they have not misapplied the money, they should come to the site and start work,” he added.

Meanwhile, some aggrieved constituents were seen in the company of the MP, Rita Naa Odoley Sowah, wailing.

They blamed the absence of a proper health facility in the area for what they describe as needless deaths.

“The people of La are in pain. We need a health facility. We are calling on President Nana Addo Dankwa Akufo-Addo to put up the hospital for us,” Madam Odoley Sowah appealed to government.