Government to solve problem of hard road to school 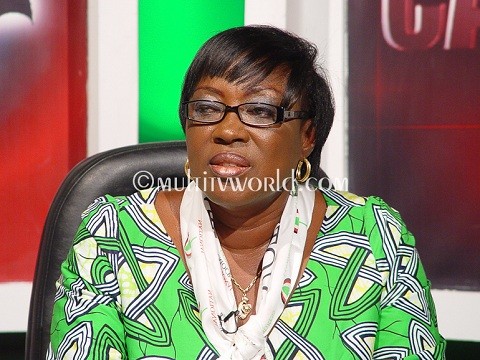 The Metro Mass Transit (MMT) is to provide buses to transport schoolchildren from Ayigbe Town to Weija to prevent them from using the Weija Dam site as a thoroughfare.

Officials of the MMT are scheduled to go to the area on Monday to ascertain the routes and challenges in the affected communities.

The Deputy Minister of Transport, Ms Dzifa Attivor, in her address to parents and guardians of pupils of Ayigbe Town, said the decision was to ensure that the children did not scale the fence around the Weija Dam.

Ms Attivor, who visited the dam site in the company of the Chief Executive of Ga South Municipal Assembly, Mr Jerry Nii Akwei Thompson, and Ms Obuobi Darko-Opoku, aspiring parliamentary candidate for the yet-to-be created Weija Gbawe Constituency, however, expressed doubts about a six-year-old girl being able to climb over the exit gate as captured in the Daily Graphic publication.

The Daily Graphic in its Friday, September 14, 2012, edition carried a report of how 275 pupils from the Weija Cluster of Schools have dropped out of school as a result of the absence of a footbridge over the Weija Lake to give them access to school.

It is about 25 minutes to drive from Ayigbe Town to Weija through the Mallam-Kasoa road.

Showing a copy of the publication with a picture of a six-year-old girl climbing over one of the exit gates and other children scaling over the fence to school, Madam Attivor said that was very dangerous and needed to be brought to an end.

Madam Florence Ahotor, one of the parents, thanked the government for the kind gesture and promised that they would ensure that their children joined the bus rather than used the dam as the shortest route to school.

Mr Akwei Thompson, who was highly worried about the Daily Graphic publication, said there were reptiles in the bush where the children used to school after scaling over the fence of the dam and wondered why some parents should allow their children to use that route.

He said a $69,406 budget for the construction of a-45-metre pedestrian (foot) steel bridge over the Weija tributary, under the Ga South Municipal Assembly Local Government Capacity Support Project Urban Development Grant 2012 work plan, was being considered.

He said work on this environmentally friendly steel bridge would commence before the end of the year.

Ms Obuobi Darko-Opoku said land had been acquired by the government to construct schools in the area to prevent the children from crossing over to Weija, where most of the public schools are situated.

Earlier last Friday, pupils from the Weija Cluster of Schools had appealed to the government to construct two bridges across the Weija Lake to give them access to their respective schools, reports Dominic Moses Awiah.

The schoolchildren, between the ages of four and 12, struggle to get to school following the closure of the only existing footbridge which facilitated their access to school.

The footbridge was closed on the orders of the Ministry of Water Resources, Works and Housing.

According to the pupils, the footbridge should be re-opened as a short-term measure, whi1e the government takes action to find a permanent solution to their plight.

Speaking to the Daily Graphic in Accra on Friday, a class six pupil of the Weija Presbyterian School who stays at Old Barrier, Divine Ayomebge, said he feared falling into the 50-feet deep Weija Dam anytime he had to climb over the closed bridge to and from school.

“This morning (Friday), I nearly broke my arm as I tried to squeeze myself through the fence gate. I first tried to use my two hands to open the fence before I put my head through it to get access,” he narrated how he went to school.

Asked why he preferred using the bridge and not a vehicle, Ayomegbe said his parents could not afford the cost of transportation every day.

Another six-year-old pupil from Weija HIPS Charity School, Praise Sappah, said until a footbridge was constructed, she would not stop climbing over the Weija Dam bridge.

According to her, she was only given 80 pesewas a day by her mother to buy food without provision for transport fare.

Sappah explained that she had to wait for older pupils who also used the same bridge to escort and assist her to climb over the bridge.

“Today, it is unfortunate that they left me behind because I woke up late. Anytime they leave me behind, I try to do what I see them do. I also try to climb the edges of the watts slowly and jump on to the bridge,” she said.

A form two student of Weija Municipal Assembly JHS, Master Emmanuel Baah, who also uses the same means to get to school, said “I am not worried about my safety because I can scale over.”

Outlining some of the problems the schools were facing, the Headmaster of Weija Municipal Assembly JHS, Mr Shraw Takyi Kodam, said aside the high dropout rate, persistent absenteeism and truancy had affected the standard of education in the area.