Gov't must leave a legacy of infrastructure, not debt - Prof Bokpin - MyJoyOnline.com

Gov’t must leave a legacy of infrastructure, not debt – Prof Bokpin 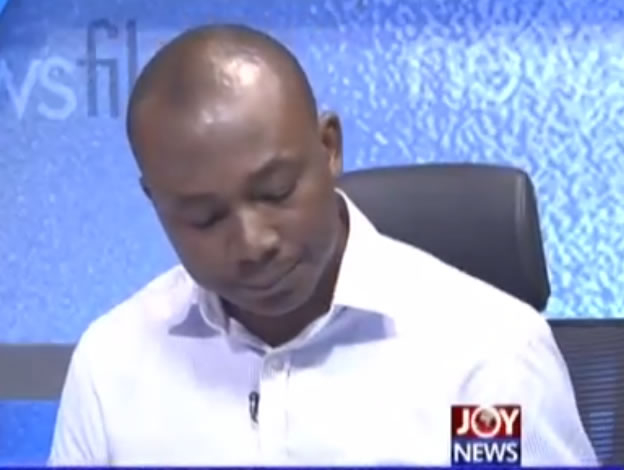 A university professor has challenged the government to be more ingenious in raising revenue to develop the country instead of relying heavily on borrowing.

Prof. Godfred Alufar Bokpin said, “We must mobilize the much needed domestic revenue.”

Commenting on Joy FM’s Super Morning show Tuesday on the 2019 mid-year budget review, the Head Finance at the University of Ghana Business School expressed disappointment that the pattern and rate of borrowing under the current government is not significantly different from what obtained under the previous government. If the current situation persists, the next generation will remember the governments for their debts instead of infrastructural development.

The increase in debt, Mr. Ofori-Atta said, was mainly as a result of frontloading the financing requirements for 2019 in the first quarter.

Prof. Bokpin argued this is not good enough.

According to him, the government must demonstrate that it has the capacity to raise the needed capital to finance the investments needed to develop the country.

Ghana has a huge potential to raise money through taxes by ensuring that the majority of those not paying taxes do so, he said.

This must be done alongside plugging the leakages and corruption in the tax administration in Ghana.

“You can talk about corruption in our revenue administration. The elites who have found themselves on boards for which reason exemptions are very difficult to rationalise.

Why am I saying so? We have a democracy which is highly commercialized and monetised. it is up for grabs. Very soon our morals will be lost to the highest bidder,” he alleged.

Apprising the Parliament of the total revenue and Grants collected for the first half of the year, the Finance Minister said it amounted to GH¢22.8 billion. This fell short of government programmed target of GH¢27.0 billion.

“Non-oil Tax Revenue, comprising taxes on Income and Property, Goods and Services and International Trade, was 9.4 percent below target for the first half of 2019,” the Finance Minister told Parliament.

Prof Bokpin believes government’s efforts at mobilizing taxes are not enough. Therefore, the citizenry must step in to help. “It is about time the citizenry “embrace voluntary tax compliance to save our country,” he appealed.

This, he said, is what will ensure the sustenance of pro-poor policies like the Free SHS.

He, however, admitted that paying taxes has never been an easy thing. Using a biblical allegory to make his point, he said even in the days of Jesus Christ, tax payment was a challenge for the people of his days and, therefore, he had to address the question of whether it was lawful to pay taxes.

He called on aspiring politicians such as those seeking to become Members of Parliament to show proof of paying their taxes by showing they filed their taxes.

This, he said should reflect in every sector of the economy including showing proof of tax payment before getting a national service such as registration of cars, National Health Insurance, etc.

Prof Bokpin added that the government must also demonstrate that taxes are being prudently utilized.

He called on the government to spend more on the real sector of the economy to stimulate the growth which affects the majority of the people living in poverty.

“The non-oil sector has not responded to the growth of the economy because the government is underspending significantly in areas which drive growth,” he added

According to him, what is currently aiding growth in the economy are the oil and gas sectors.

This growth, Bokpin said, “is not sustainable and does not create jobs. Growth must happen in the real sectors. The current growth favours investors, not the ordinary person.”