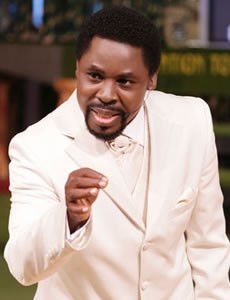 Government has expressed grave concern about the death of four persons in a stampede at the Spintex road branch of T.B. Joshua’s Synagogue of All Nations Church.

Thirteen others were injured in last Sunday’s tragic incident.

But responding to a question on the incident Tuesday morning at his daily media briefing, Information Minister, Mahama Ayariga said government is counting on the police for a thorough investigation into the matter and appropriate recommendations made for action to be taken.

“Any loss of life, needlessly, is of concern to government,” that is why the police have been asked to investigate the incident, he said.

He said the police would also ensure that adequate measures are put in place to forestall any similar occurrence in future.

Police have therefore told the church to put all major services on hold while they investigate the tragic incident.

“There is the need for us to constantly review the security arrangement there, especially anytime there is a special programme there.”

Police today met with the leadership of the church over the matter. According to DSP Tettey the church told them the “whole thing took them by surprise”; this he said has been confirmed by the police preliminary investigation.

He also described as premature calls for the leadership of the church to be prosecuted, noting that until investigations are concluded, the police cannot read any criminal meaning into the unfortunate incident.

Meanwhile, he has confirmed that autopsy has been conducted on the four who died as a result of the stampede, and the bodies would be released to the families for burial.