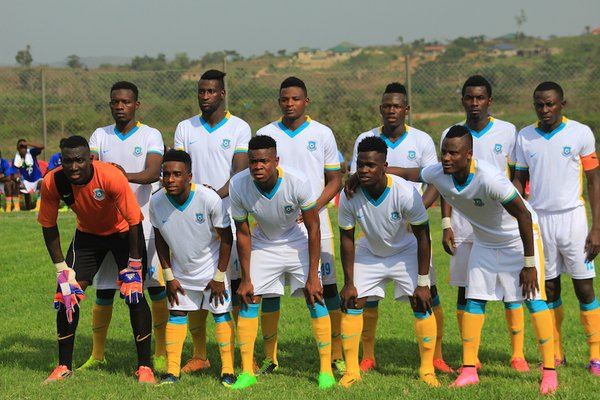 It was a weekend where unbeaten records were snapped. WAFA ended Hearts long unbeaten away record while Dwarfs ended Techiman City's home record. 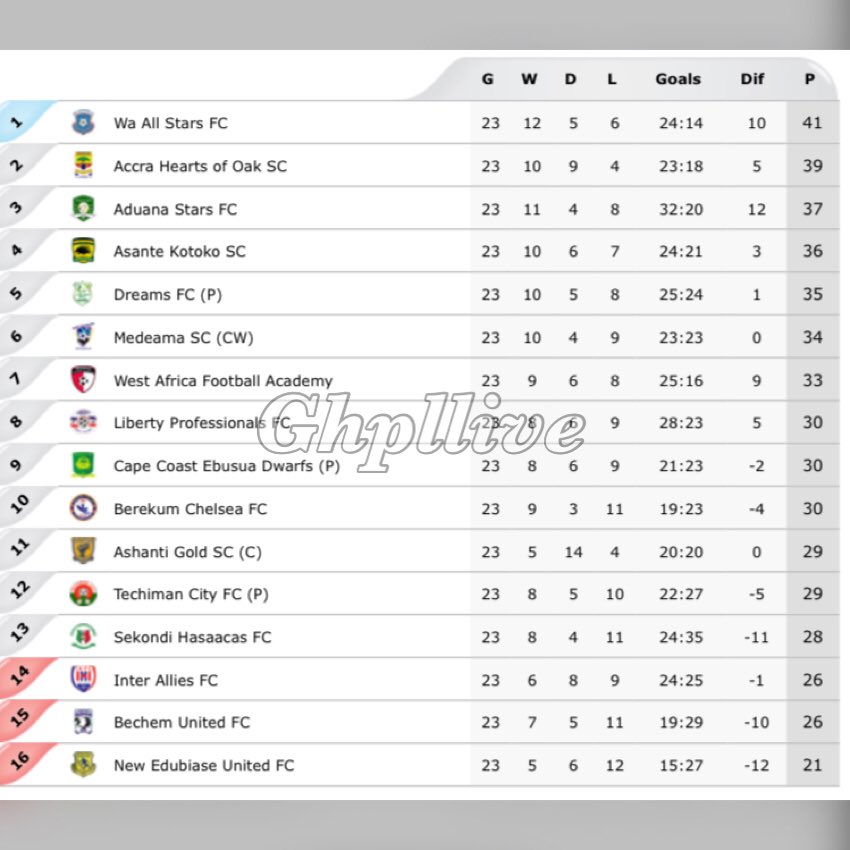 Wa All Stars climbed the top of the Premier league with a 2-0 win over Bechem United. A goal in each half gave the Wa side a two point lead at the summit of the table with seven games remaining. Saddick Alhassan opened the scoring from the spot before Richard Arthur second the second in the space of five days to seal all three points. It was sweet revenge for the hosts who tasted defeat at the hands of the FA Cup finalists in the first round. 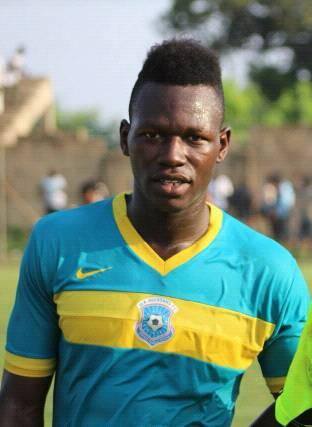 Amos Frimpong scored his third goal of the second round late into the game as Kotoko pipped Dreams by a lone goal.The Porcupine Warriors were winless in five and nothing short of victory could have spelt doom for interim coach Michael Osei whose job remains in the balance. They did not have things their way as plucky Dreams matched them in every department of the game.The first half was overly physical with as many as seven yellow cards shown – three for the Porcupines and four for Dreams. With the game heading for a deadlock, Kotoko were awarded a contentious penalty as winger  Emmanuel Gyamfi went down in the box and skipper Amos Frimpong kept his cool to slot home the penalty much to the relief of all inside the Baba Yara Stadium. 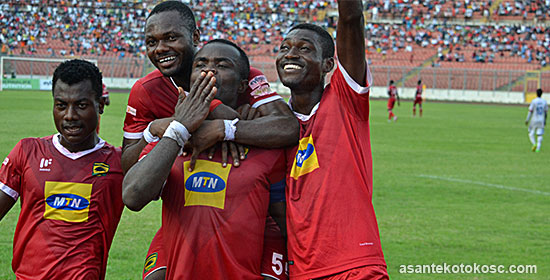 Ebusua Dwarfs ended Techiman City’s unbeaten home run with a 1-0 win over the Brong Ahafo side  at the Nana Ameyaw Park in Techiman.  Alhaji Mustapha left it late and netted 3 minutes from time to steal the maximum points for the visitors whose road to survival remains on course under Prosper Nartey.The win has lifted Dwarfs to eighth while Techiman City drop down. 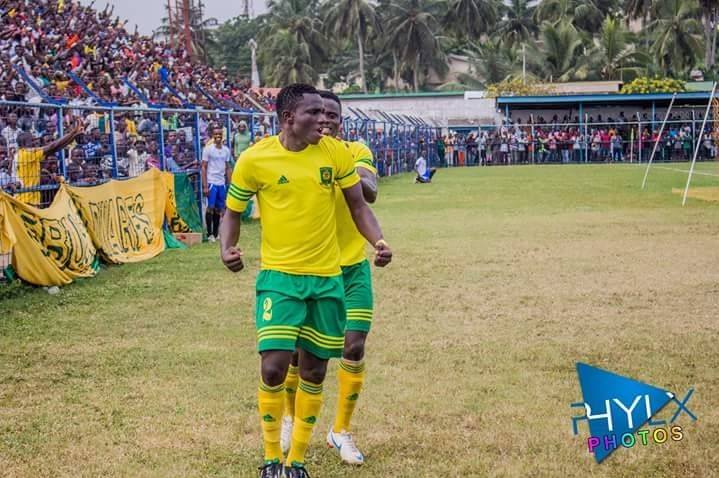 Liberty Professionals produced a battling display to hold Berekum Chelsea to a 1-1 stalemate at the Golden City Park. The MTN FA Cup semifinalists took the lead through Daniel Kodie but Seth Appiah equalised for the home side before the end of the first-half.  The second half failed to produce any more goals as the hosts huffed and puffed for the winner but all their efforts proved futile. Liberty will be delighted with the point after they were deprieved off the services of leading marksman Latif Blessing. 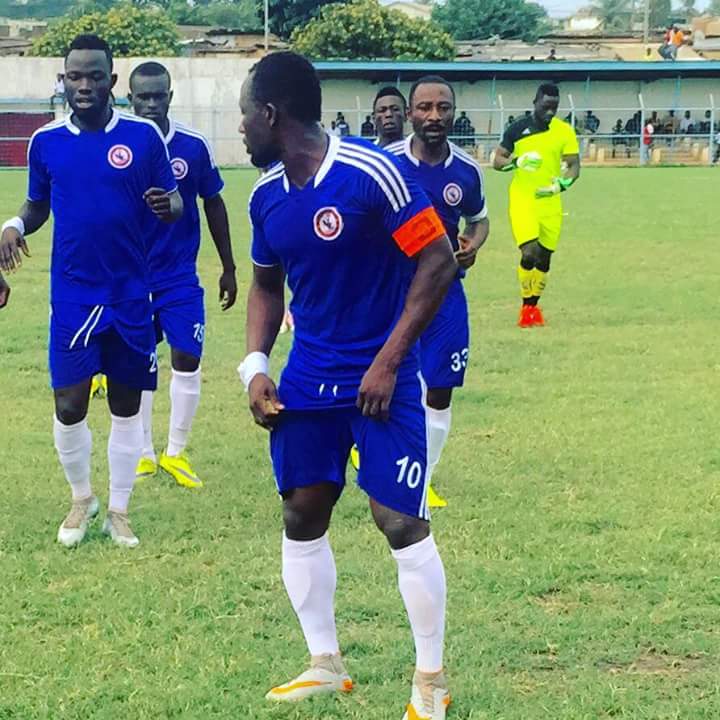 HASAACAS 2-1 ADUANA
Aduana lost grounds in the title race after they succumbed to a 2-1 defeat in Sekondi.Striker Bright Adjei cancelled out Ebo Duncan's opener for Hasmal but Richmond Opoku won the game for the hosts who were in desperate need of points in their survival quest.The result lifts Hasaacas out of the dreaded releagtion zone. 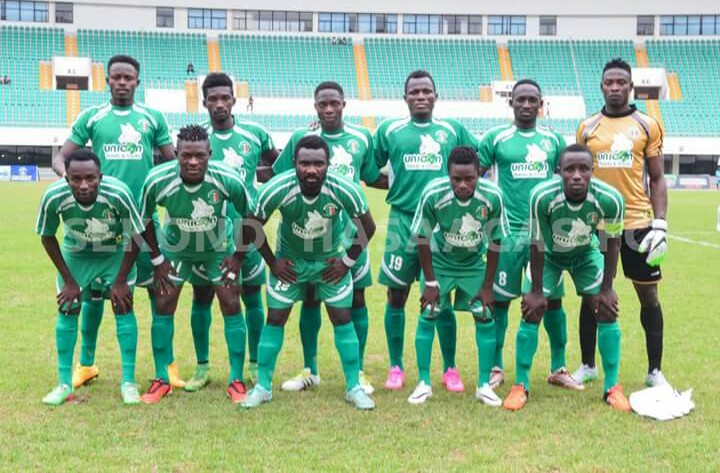