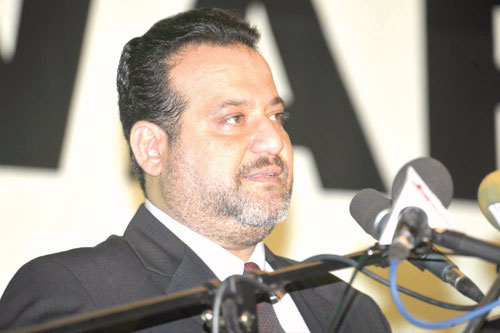 The Premier League which was supposed to have started on February 11th 2018, has been postponed twice as a result of the ongoing legal battle between Great Olympics and the FA.

Olympics are seeking justice after FA ruled out their protest against Bechem United for fielding an unqualified player in a league game against them last season.

An Accra High Court after engaging both parties on two separate occasions instructed them to settle out their differences to enable them to find a middle ground.

However, a high powered delegation from Olympics which includes Fadi Fatal, Kofi Bentil, Fred Pappoe and Board Chairman Amarkai Amarteifio failed to reach a logical conclusion on two separate occasions after meeting the Executive Committee of the FA with the case back in court.

“Olympics are ready to help for the commencement of the league, but the GFA is not helping issues, infact they are delaying the league because we ( Oly ) just want the FA to apply their own rules, that’s all. This is an issue that can be solved within one hour, all the parties must just be called into a meeting where the regulations would be applied infront of all.

“The issue is a straight forward one and i must confess that we are ready to seek for justice to the highest level, even to the Supreme Court,” Mr Fatal told Accra based Hot FM.

GFA and Olympics return to court on the 15th March 2018 after the March 7 sitting was adjourned due to the absence of the club's lawyer.