Guardiola to take over at Man City as Pellegrini announces exit 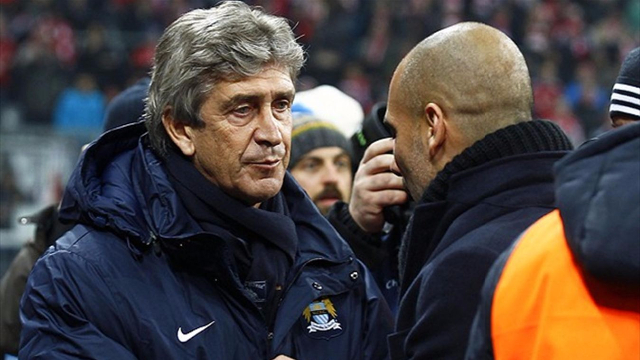 Manchester City manager Manuel Pellegrini has dropped a bombshell by announcing that he will leave his job in the summer – and that Pep Guardiola will take over.

Pellegrini's contract ran until the summer of 2017, but he announced on Monday that he will step down at the end of the season.

And Manchester City quickly confirmed the long-established rumour that former Barcelona manager Pep Guardiola will take over the role.

"Manchester City can confirm that in recent weeks it has commenced and finalized contract negotiations with Pep Guardiola to become MCFC Head Coach for the 16/17 season onwards. The contract is for three years. These negotiations were a re-commencement of discussion that were curtailed in 2012.

"Out of respect for Manuel Pellegrini and the players, the club wishes to make its decision public to remove the unnecessary burden of speculation. Manuel Pellegrini, who is fully supportive of the decision to make this communication, is entirely focused on achieving his targets for the season ahead and retains the respect and commitment of all involved with the leadership of the Club."