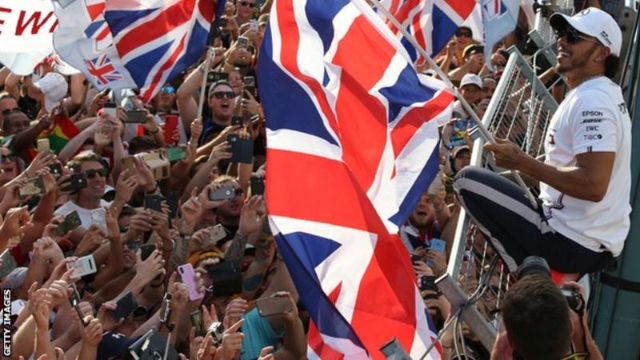 Formula 1 is back. A breakneck run of nine races in 14 weeks, dotted all around the globe, starts at this weekend’s Belgian Grand Prix and takes the season to its conclusion in Abu Dhabi on 1 December.

In that time there is a lot to sort out – some scores to settle, recoveries consolidated and under-achievement to be rectified, the line-up of next year’s grid to distil, the future of the sport to be secured and, of course, a championship to be won.

So what can people expect starting at Spa this weekend?

When will Hamilton become champion?

It is a ‘when’, not an ‘if’, that Lewis Hamilton will win a sixth world title this year, assuming no unforeseen circumstances such as injury or illness. The 34-year-old heads to the Belgian Grand Prix with a 62-point lead over Mercedes team-mate Valtteri Bottas with only 234 still available.

Mathematically, of course, Bottas has a chance to overhaul Hamilton; realistically, he doesn’t have a hope.

The Briton has won eight races this season, the Finn only two. Hamilton won the last race in Hungary with a brilliant comeback drive in which team and superstar driver were in perfect harmony to produce arguably his best win of the year, while Bottas has not won since Azerbaijan in April.

Hamilton has extended his lead over Bottas by 31 points in the last three races, and in the last two Bottas has been disappointing, crashing out in Germany when he had a chance to make up a big chunk of points on Hamilton, who had his worst race for years, and destroying his race when he collided with Ferrari’s Charles Leclerc on the first lap in Hungary.

As a result, Bottas is in much more danger of losing second place to Red Bull’s Max Verstappen – who is only seven points behind after a superb run of two wins, and a second place in the last four races – than Hamilton is under threat from Bottas.

When will Hamilton tie it up? If he can make 42 points on Bottas in the next five races in Belgium, Italy, Singapore, Russia and Japan – at 8.4 points on average a race, which seems eminently doable – he will be 104 clear after the Japanese Grand Prix, and that would do it.

Failing that, it’s hard to see how Hamilton won’t be 78 points clear after the following race in Mexico.

Can Ferrari finally get a win?

This season has been a grave disappointment for Ferrari, who expected to challenge for the title but have been steamrollered by Mercedes and have not yet won a race.

It would be astonishing in some ways if the team ended the year without a victory, but with only nine chances remaining, an unconvincing performance so far, and Red Bull very much on a roll, it is a serious possibility.

Lucky for Ferrari, then, that the next two races present them with arguably their best chances to win for the rest of the season.

The Belgian and Italian Grands Prix are a week apart and both are on classic, high-speed circuits where straight-line speed is key to overall performance. They are, in F1 vernacular, power-sensitive – and Ferrari’s engine has the most power and the car the best straight-line speed on the grid.

Ferrari start both Spa and Monza weekends as favourites, and the races present a golden opportunity for Sebastian Vettel and Leclerc to finally notch up that long-awaited first win of the year – and in Leclerc’s case, of his career.

If Ferrari can finally grasp an opportunity – rather than let it slip through their fingers, as they have done in every single case one has presented itself this year – which driver will it be?

Vettel is ahead in the championship, but Leclerc has in many ways been more impressive.

The 21-year-old would have won in Bahrain in April had his engine not gone sour in the closing laps. He should have won in Baku had he not crashed in qualifying when looking a certainty for pole. He led all but the last two laps in Austria before being passed by Verstappen. And he has out-qualified Vettel for the last five races.

But Leclerc is still raw and inexperienced, and there are weaknesses in his game. He makes too many mistakes and, with a more aggressive driving style than Vettel, he has still not fully got on top of managing the Pirelli tyres.

And Vettel has a point to prove. The four-time champion is fighting for his seniority in the team in the face of a very stern challenge from Leclerc. He should have had his own win, which he lost to a driving error and subsequent controversial penalty in Canada in June, and his guile and experience could give him the edge in the end.

What if they don’t win this year? Well, traditionally, that has led to blood-letting in Maranello. All bets would be off.

How will Albon get on?

The third team in the top three, Red Bull, have a new line-up for the final races of the season. Pierre Gasly has been demoted to the junior Toro Rosso team, and Anglo-Thai Alexander Albon promoted to replace him.

Albon has been quietly impressive in his rookie season – matching his vastly more experienced team-mate Daniil Kvyat for pace and putting in a couple of outstanding performances, especially in the wet in Germany, which have convinced Red Bull he should be the one to replace Gasly.

It is a stunning opportunity for Albon, who described the move as “surreal”, adding: “It’s a big jump into the deep end, but I’ve got my swimming shorts on.”

The 23-year-old was born in London to a British father and Thai mother, and has spent most of his life in the UK, but races under a Thai licence. He has the chance to cement a seat at Red Bull for next season. But Red Bull are tough taskmasters and they will be expecting a lot, which Gasly was unable to deliver.

On top of that, Verstappen is arguably the driver of the season so far, and is a tough yardstick.

Albon has a humble and self-effacing manner, but he won’t be short of self-confidence – he and Verstappen go way back. In fact, talk to the Dutchman’s father Jos Verstappen, and he will tell you that Albon was the closest thing Max had to a main rival in their karting days as youngsters.

Albon is raw and inexperienced, but clearly very talented. He is exciting to watch and will be out to make a name for himself.

Red Bull are far from the only team needing to sort out their 2020 line-up – many other seats are up for grabs. Key among them is the identity of Hamilton’s team-mate next season.

Mercedes team boss Toto Wolff went away for the summer saying he would be deciding between Bottas and reserve driver Esteban Ocon for the seat. And while nothing has been completely settled, the strong indications are that Bottas will be retained for another year, and Ocon will join Renault alongside Daniel Ricciardo.

Those announcements could come as soon as the Belgian Grand Prix this weekend – in fact, it would be no surprise if they were among the first things to emerge when teams and media arrive there on Thursday.

Ocon’s return to the grid after a year out would leave the German Nico Hulkenberg looking for a seat, and in a bit of a pickle.

But while McLaren long ago tied up Carlos Sainz and Lando Norris, there are openings at Haas, where Kevin Magnussen has a deal for 2020 and Romain Grosjean does not, and Alfa Romeo, where Kimi Raikkonen is secure and Antonio Giovinazzi is not.

At Racing Point, Lance Stroll will obviously stay – his dad owns the team – and it would be a surprise if Sergio Perez did not also continue.

And at Williams, while George Russell is under contract and has been highly impressive, there have to be question marks over Robert Kubica, whose form since his return after eight years out recovering from horrendous injuries has not been what he would have wanted.

The battle for best of the rest

McLaren’s revival has been one of the good-news stories of the season. In the doldrums for the past few years, they hit rock bottom last season, which they ended with the second-slowest car.

But they have produced a remarkable turnaround.

Based on an average of each car’s fastest lap over each weekend, McLaren have the quickest car outside the top three. They are comfortably ensconced in fourth place in the constructors’ championship and only a dramatic turnaround in form will stop them finishing there.

They have a well-rounded car that has proved effective at most circuits. They have produced solid race strategy work and operational effectiveness, greatly helped by impressive new team boss Andreas Seidl. And the final part of the equation has been strong driving performances from both Sainz and Norris.

Sainz has excelled in races, with a series of superb drives. Norris, in his rookie season, has been a little unlucky on Sundays but highly impressive in qualifying, where he leads his more experienced team-mate 8-4 on the head-to-head, even if on pace there is almost nothing between them.

McLaren’s all-round strength has left everyone else in the midfield a little breathless.

Haas have struggled mightily with tyre management, often disappearing backwards at a rate of knots after strong qualifying performances. And Renault have been probably the disappointment of the year. After expecting to close on the top three, they currently have the sixth-quickest car on average, and really need to up their game in this second part of the season.

At Toro Rosso, Gasly needs to use the rest of the season to rebuild his shattered confidence, while Kvyat, after impressing on his return following a year out, has to put the disappointment of being passed over for promotion behind him – and probably look outside Red Bull for a future in F1.

At Alfa Romeo, Raikkonen has done what he has always done in recent years, a solid if unspectacular job bringing the points home.

Racing Point, fresh from a big development push, will be hoping to make progress after a weak first part of the season, and Williams were also showing signs of forward movement in the last race or two after a dismal start to the season.

Can a political deal be reached?

In the background to the on-track action, the next few weeks will be frenetic politically as the sport’s bosses seek to seal a deal with teams over the future of the sport.

A budget cap to be introduced from 2021 has been agreed, but the rest of a new financial settlement, including prize money distribution, as well as new technical and sporting regulations, have not – and an agreement still seems to be some way away.

The clock is ticking loudly, and there are a lot of competing interests to try to square. It will be an interesting couple of months – on and off the track.

DISCLAIMER: The Views, Comments, Opinions, Contributions and Statements made by Readers and Contributors on this platform do not necessarily represent the views or policy of Multimedia Group Limited.
Tags:
Ferrari