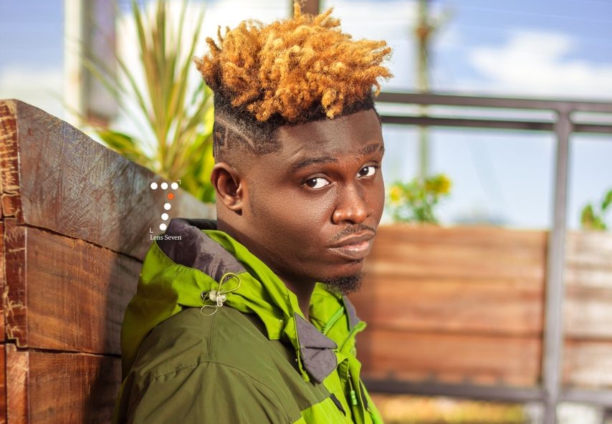 Hammer of The Last Two Music Group has announced the signing of Smokey Beatz.

According to the music veteran, the young producer has a bright future in the industry and certainly stand out in 2022.

“That boy is amazing. He’s shy when it comes to going out there; I’m trying to push him. I just signed him actually,” Hammer said on Joy FM’s Showbiz A-Z.

The record producer, known in real life as Edward Nana Poku Osei, touted the potential of Smokey Beatz when he highlighted some of the things that informed the decision to sign the young music producer.

“He is amazingly talented. He will just sit down in a few minutes and come out with something that’s unbelievable,” Hammer said.

The veteran disclosed that he had sent some of the works of Smokey Beatz, affectionately called Smokey the Creator, to Sarkodie, Edem and other musicians and the feedback has been positive.

Hammer, who is one of the most revered veteran music producers, further noted that he intends to build a solid brand for producers so they excel in the music space and also enjoy royalties due them.

“What I’m doing in the background is that I’m signing producers, giving them management,” Hammer said, adding “I want to help these producers package themselves properly, and do their splits in the studio.”

DISCLAIMER: The Views, Comments, Opinions, Contributions and Statements made by Readers and Contributors on this platform do not necessarily represent the views or policy of Multimedia Group Limited.
Tags:
Hammer of the Last Two
Smokey Beatz