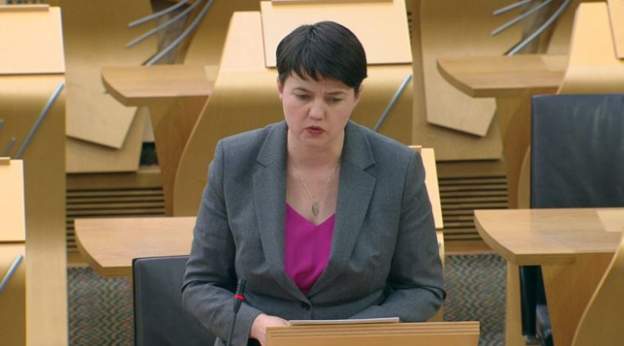 Ruth Davidson, Leader of the Conservative Party in the Scottish Parliament

Ruth Davidson, Leader of the Conservative Party in the Scottish Parliament, says “nobody wants to be under restrictions for a moment longer than is absolutely necessary” but agrees that the new variant is a cause for concern.

She says with the rollout of vaccines “we can see a time when this will begin to be over”.

“That being said, this is hard news at a hard time when the resilience of people across the country has already been worn down for the past year,” she says.

She warns of the harms of closing schools for pupils and ask what the Scottish government will do to reduce these.

Sturgeon says this was the hardest decision and she wants the closures to be for a short time only.

Ms Davidson also highlights the need for a “comprehensive test and trace system”, and asks why testing is below the 65,000 testing capacity in Scotland.

Sturgeon replies saying this is mainly down to demand.