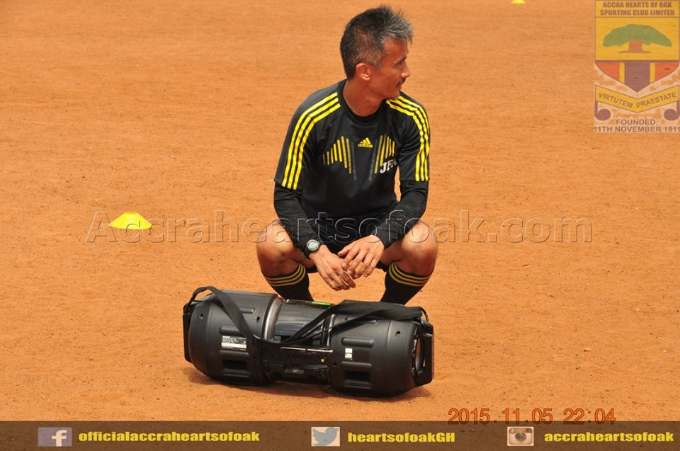 Hearts of Oak’s new coach Kenichi Yatsuhashi has declared his intention to clinch the domestic league title in his first attempt.

The Japanese-American coach has come under huge pressure soon after his appointment following Hearts’ failure to win a game during their training visit to Libya.

In an interview with Joy Sports, Kenichi stated his side are poised to win next season’s title despite the bad start at Hearts.

According to Kenichi, the trip to North Africa provided the team with great preparation ahead of the upcoming regular season.

“The result of how many goals we are conceding suggests that our defending is getting better and it is only a matter of time so I am not worried.”