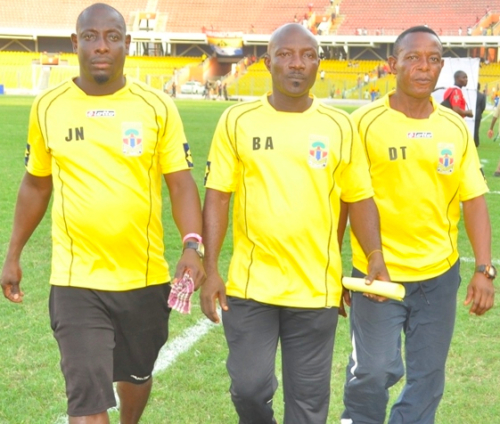 Accra Hearts of Oak parted ways with four of its backroom staff due to the club' s restructuring programme and brought on board some of its former players to assist coach Mohammed Polo.

The four have in their separate interviews told sportscrusaderonline.com that aside demanding their four months unpaid salaries and bonuses; they will also take the club on for failing to pay their SSNIT contributions as mandated.

Their demands have once again given credence to David Duncan’s remarks that the club failed to pay his SSNIT contributions as mandated.

“We don’t have a problem with the club but we are demanding our unpaid bonuses and four months’ unpaid salaries. The club deceived us to believe that it had paid our SSNIT contributions but our checks have proven otherwise and we want it settled or we will be forced to drag the club to court” one of the four sacked members told sportscrusaderonline.com.