Helicopter disaster: Our mission is to find missing person- GCAA 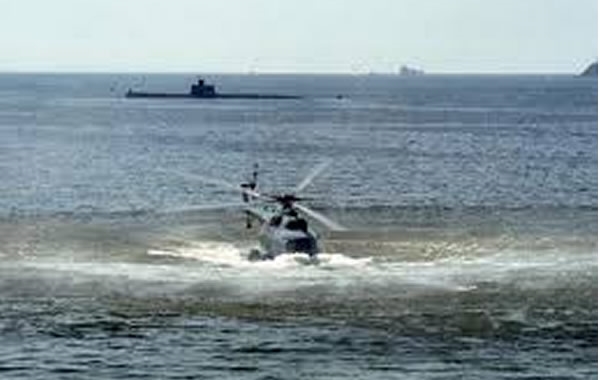 The Director of the Ghana Civil Aviation Authority has given a resounding assurance they will find the body of one of the passengers aboard a helicopter which crashed into  the waters of Cape Three Points, Thursday.

"There were four survivors, three dead and one missing. The missing person is critical. We will find him," Commodore Manfe told the press, Friday.

A helicopter carrying eight people- two crew and six passengers- crashed into the waters, 20 nautical miles off the coast of Takoradi.

The helicopter took off from Takoradi airport at exactly 12:50 GMT to one of the oil rigs and was estimated to land at the rig at 13:10 GMT. It was later reported the helicopter had crashed.

While disclosing the nationalities of the victims on board the helicopter, Commodore Manfe would not say the identities of the dead, the survivors or the missing person.

He said the next of kins of the deceased persons would have to be informed first, before the information is made public.

Five Ghanaians, a Nigerian, a British and a French national were involved in the helicopter disaster.

According to him, one of the survivors is in critical condition and has been transported to Accra. The three other survivors are still receiving treatment in Takoradi.

He said the aerial monitoring which was disrupted yesterday because of bad weather has resumed as personnel of the Ghana Navy, Tullow Oil and Luk Oil continue to search for the missing body.