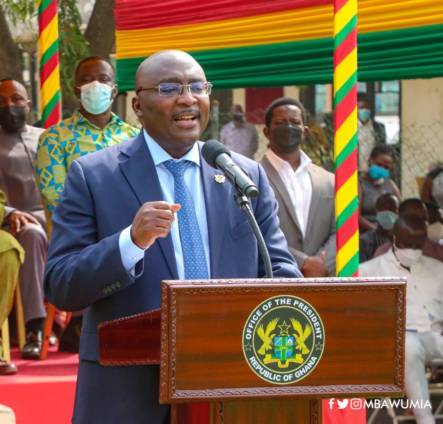 Vice President, Dr Mahamudu Bawumia, has called on the government of China to assist with government’s project to dualise the Adenta-Dodowa road in Accra.

Interacting with H.E. Lu Kun, the newly-appointed Chinese Ambassador to Ghana during the sod-cutting ceremony for the construction of 100 km of inner-city roads under the Sinohydro project in Kumasi, the Vice President noted that he is optimistic the project will see the light of day once the China government intervenes.

He said: “You know that there is one project which I have been calling you [the Chinese Ambassador] virtually every day about. That is in Greater Accra because the people of Greater Accra have been disturbing me about it, which is the Adenta-Dodowa dualisation.”

“I am hoping that with your help, we will get that project started for the people between Adenta and Dodowa.”

The Adenta-Dodowa road is one of ten lots approved under the Chinese-sponsored arrangement, $2 Sinohydro billion deal, which was scheduled to begin in 2019.

Three years down the line, the road remains undone, in a complete state of disrepair, with traffic congestion worsening by the day.

Government in 2021 justified the non-completion of some infrastructure projects under the Sinohydro deal with China.

According to government, the phased plan along which the projects are supposed to commence, is the reason for the seeming slowdown in activity as far as the project is concerned.