10,875 km of new roads have been constructed under my 5-year administration – Akufo-Addo - MyJoyOnline.com

10,875 km of new roads have been constructed under my 5-year administration – Akufo-Addo 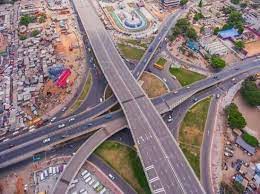 President Akufo-Addo has touted his government to have amassed the greatest achievement in the road sector since he assumed office in 2017 in the history of Ghana.

The President, while delivering the 2022 State of the Nation Address on Wednesday, said his government has constructed some 10,875 kilometres of new roads within the five years he has been in office.

“In the five years of my government, so far, more roads have been built, improved and upgraded than at any other equivalent period under any government in the history of Ghana.

“Some 10,875 kilometres of new roads have been constructed in these five years.

President Akufo-Addo, on Tuesday, commissioned the Tamale Interchange, the fourth interchange built by government since 2017.

The interchange forms part of the Government of Ghana – SinoHydro Master Project Support Agreement (MPSA) which was launched nearly three years ago by the President.

The Tamale Interchange is the first in the northern sector of the country.

Commissioning the project, President expressed delight over the fact that the interchange was completed ahead of schedule.

“I am delighted to be back again, this time, on my birthday, to commission the Tamale Interchange, which has been completed three months ahead of schedule and on budget, in the midst of a global pandemic that has brought considerable disruption to every phase of national life,” President Akufo-Addo said

He noted in Parliament today that he “considered it [the Tamale Interchange] to be a most satisfying birthday present.

“We intend to continue with the building of roads around the country to accelerate the opening up of our country.”

The Government, in its quest to bridge the severe infrastructure deficit in the country, entered into a $2 billion Master Project Support Agreement (MPSA) with the Chinese state-run Sinohydro Corporation Limited in September 2018.

Broken down into phases, the project’s first phase costs $646.6 million, and it begins with the Tamale Interchange project.