Structure of Sinohydro deal wasn’t hidden from anybody – Dr Alolo 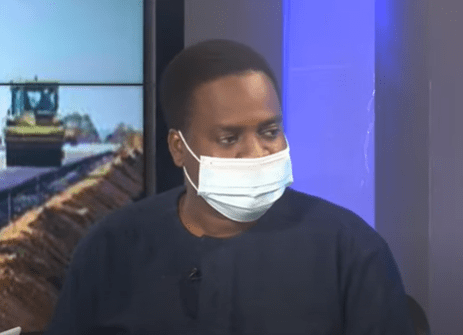 The Director of Special Projects and Investor Relations at the Office of the Vice President has denied allegations that details of the $2billion Sinohydro agreement between Ghana government and Chinese state-run, Sinohydro Corporation Limited in 2018 were hidden from the general public.

In response to such an allegation by Ranking Member on Parliament’s Finance Committee, Dr Cassiel Ato Forson, Dr Mutaka Alolo stated that all information, be it the guarantee system were all laid before Parliament for consideration and approval.

“The Sinohydro structure wasn’t hidden from anybody. In fact, they were public documents. The agreements were all laid before Parliament. We went into an agreement with Sinohydro which wasn’t hidden, it was explicitly stated in the agreement that proceeds from the refined bauxite will be used for this repayment.

“I don’t know why he is saying we tried to hide something, this wasn’t hidden,” he said on JoyNews.

In an earlier submission to the Sinohyrdo deal on PM Express on Monday, Dr Ato Forson accused the incumbent government of hiding some significant details of the agreement such as the deal supposedly being a loan and not a barter trade as communicated.

According to Dr Mutaka Alolo, the agreement is structured in a way that, for government of Ghana to develop its infrastructure, it is going to commit itself to develop an integrated aluminium industry in the country which has so many benefits.

He revealed that should government’s source of funding through the mining of aluminium to settle the deal fail, “Government will step in to pay.”

That notwithstanding, he reiterated government’s commitment to ensure it develops the Integrated Bauxite-Aluminium industry and use the proceeds to pay off the cost.

He emphasised that the Sinohydro project is not a failure as communicated by some individuals including Dr Ato Forson. On the show, Dr Alolo named the Tamale Interchange as part of roads being worked on.

“You can see Tamale Interchange almost completed. Go to Cape Coast, there are certain roads that are completed and other roads ongoing. In Western Region, Prestea Huni Valley, roads are ongoing. Go to Eastern Corridor, it is ongoing. How then do you call this a failed project?” he quizzed.

Meanwhile, government has revealed that about $100million has been drawn to work on the project.

What you need to know about Sinohydro agreement

The first phase of the project costs $646.6 million, and it begins with the Tamale Interchange project.

DISCLAIMER: The Views, Comments, Opinions, Contributions and Statements made by Readers and Contributors on this platform do not necessarily represent the views or policy of Multimedia Group Limited.
Tags:
Director of Special Projects and Investor Relations at the Office of the Vice President
Dr Mutaka Alolo
Sinohydro deal