HISPAG threatens suspension of services over non-payment of claims 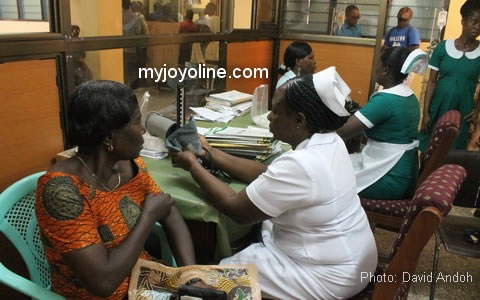 The Health Insurance Service Providers Association of Ghana (HISPAG) has served notice it will suspend services to patients across the country if the National Health Insurance Authority (NHIA) fails to pay their claims which is in arrears.

HISPAG says all payments to their members have been suspended pending the conclusion of a probe by the Bureau of National Investigation (BNI) into NHIA activities.

The BNI has been investigating cases of fraudulent payment to some health institutions and recently froze the accounts of former CEO Sylvester Mensah.

He said the NHIA owes the service providers over 600 million Ghana cedis in seven months' arrears.

"They are saying that they are not going to pay the providers until they have completed their investigations  and we are saying that should the hospital, clinics and maternity homes across the country also suspend provision of services to the generality of the people until that investigation is complete?" Frank Torblu quizzed.