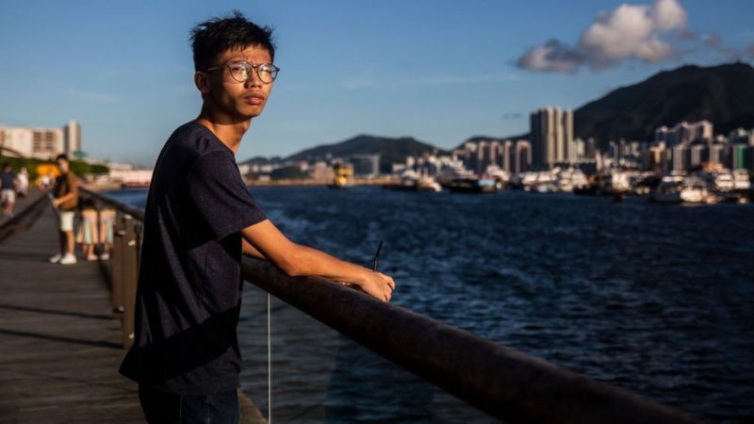 A Hong Kong activist has been detained by plain-clothed police officers near the US embassy.

Tony Chung had planned to enter the embassy on Tuesday and claim asylum, the UK-based activist group Friends of Hong Kong said.

He was arrested along with two other former members of a student pro-independence group.

He was accused of being involved in an organisation that vowed to fight for an independent Hong Kong and later released on bail.

Hong Kong’s national security law, imposed in June, makes secession, subversion of the central government, terrorism or collusion with foreign forces punishable by up to life in prison.

It has been widely condemned across the world, with critics saying it ends freedoms guaranteed for 50 years after British rule ended in Hong Kong in 1997.

A number of pro-independence groups disbanded after the law was introduced.

According to the South China Morning Post, Mr Chung was at a coffee shop opposite the embassy when he was detained on Tuesday morning.

Footage taken from near the embassy shows the teenager being carried away by people dressed in casual clothing.

Group Studentlocalism said three of its former members including Tony Chung were detained by officers at the scene.

Police said the arrest was part of an ongoing investigation.

Hours after the arrests, unconfirmed media reports said four activists managed to enter the US embassy but were later turned away.

The US consulate has not responded to enquires from several news agencies.

In August, Chinese authorities are said to have arrested 12 people after intercepting a boat believed to be heading for Taiwan from Hong Kong.

Hong Kong media said those on board the vessel were trying to claim political asylum in Taiwan.