Hopes of shake-up at Samsung after death of chairman 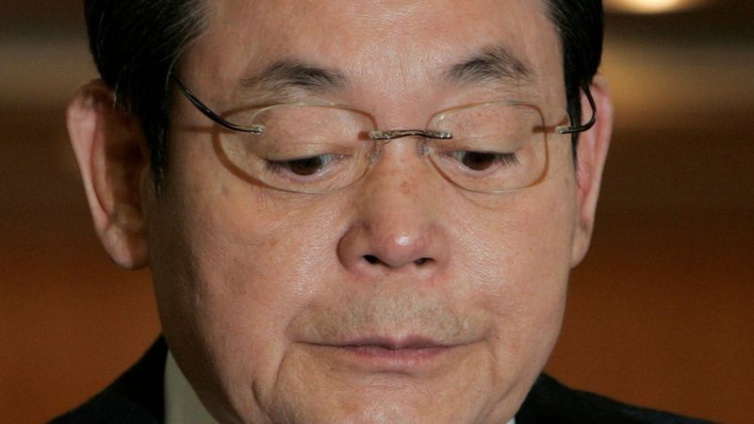 Speculation is mounting that Samsung could be shaken up after the death of chairman Lee Kun-hee.

Shares in several Samsung businesses rose amid reports that his heirs could be forced into asset sales or dividend payments in order to pay a massive inheritance tax bill.

Mr Lee, who helped to build Samsung into Korea’s largest conglomerate, died over the weekend aged 78.

#Afghanistan Hopes of shake-up at Samsung after death of chairman https://t.co/fshsL4rzp5 #Afghanistan

Analysts say his heirs face billions in taxes from his share assets alone.

That includes his scandal-struck 52-year-old son, Lee Jae-yong, who has managed the sprawling South Korean technology group since 2014.

Lee Jae-yong has twice been accused of fraud over his role in a 2015 merger deal at the tech giant and is currently awaiting trial.

At 50%, Korea’s inheritance tax rate is one of the world’s highest. A premium can be added to shares if the deceased has a controlling interest in a company, potentially taking the top rate to around 60%.

By comparison, inheritances are taxed at 40% in the UK, and although the top rate is similar in the US, the minimum threshold is set so high that few Americans actually pay it.

Mr Lee was the richest person in South Korea, according to Forbes, with a net worth of nearly $21bn (£16bn).

He took over Samsung in 1987, and introduced radical measures which helped propel the company from a second-tier electronics manufacturer to an international tech giant.

DISCLAIMER: The Views, Comments, Opinions, Contributions and Statements made by Readers and Contributors on this platform do not necessarily represent the views or policy of Multimedia Group Limited.
Tags:
Lee Kun-hee
Samsung