How my parents’ divorce made me suicidal – Survivor shares story 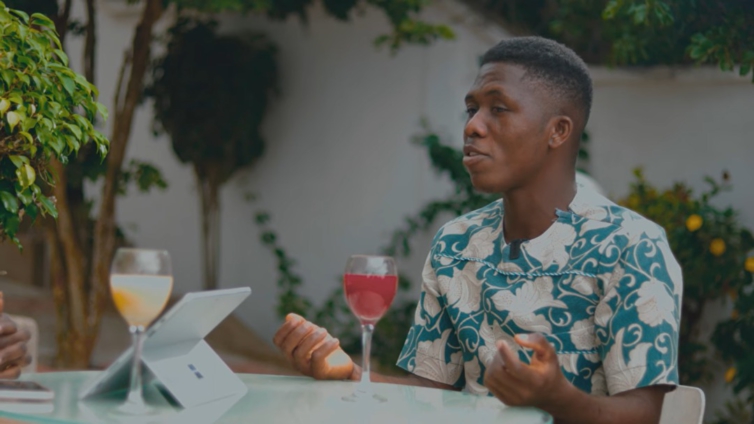 Wisdom Agude was just a young boy when his mother chose to divorce his father.

As the eldest and only boy among his four siblings, Wisdom knew that his responsibilities were going to increase.

He took on petty jobs to support his father, who had suddenly become a single parent.

“Daddy was a mere carpenter taking care of five kids. So you can imagine how difficult it was for him.

“Daddy was finding it difficult to invest in our education. At one point, we almost gave up education,” Wisdom recounted in a Youtube interview on My Story, My Message.

According to him, these challenging times made him anxious to be successful in life in order to support his younger sisters.

A situation, Wisdom said, took a toll on his mental health.

“I was always thinking of making it to the apex so that I could also help my siblings. The thought of not going to school scared me because ‘I thought without money I wouldn’t go to school. And without education, I wouldn’t be successful.

“So I was always weighing my options. But there were no options because when I looked around, there was no one coming. So I thought it was best to join my ancestors because that way I will be free,” he said.

The story of Wisdom, however, transformed when a wealthy person in his community gave him financial support for his education.

Prior to this intervention, Wisdom said some elderly people had advised him but nothing seemed to eradicate his constant anxiety until the ‘big man’ came into the picture.

“One day, I met a big man and his advice was in the form of helping. He bought my university forms and advised me to study Civil Engineering.

“So I realized that he wasn’t just lip-supporting but actually helping me in the best way he can and here I am now,” he said amid smiles.

Wisdom, 27, is now a proud Civil Engineer and hopes his story gives hope to people who are battling with depression, anxiety, and other forms of mental health.

“You don’t have to give up in life. Society may reject you but the earth will never do that.

“So be determined. Be focused on what you want to achieve and do just that,” he counselled.

Suicide is reported to be the second leading cause of death among youth aged 15-24.

DISCLAIMER: The Views, Comments, Opinions, Contributions and Statements made by Readers and Contributors on this platform do not necessarily represent the views or policy of Multimedia Group Limited.
Tags:
My Story My Message
Suicide
Wisdom Agude