A woman who was not informed that her father had a fatal, inherited brain disorder has told the High Court that she would have had an abortion if she’d known at the time of her pregnancy.

She is suing three NHS trusts saying they owed a duty of care to tell her about her dad’s Huntington’s disease.

Any child of someone with the condition has a 50% chance of inheriting it.

Doctors suspected the diagnosis after her father shot dead her mother and was detained under the Mental Health Act.

The father tested positive for Huntington’s Disease, which is caused by a faulty gene and leads to the progressive loss of brain cells, affecting movement, mood and thinking skills. It can also cause aggressive behaviour.

He told doctors he did not want his daughter told about his diagnosis, fearing she might kill herself or have an abortion if she found out.

The claimant is known as ABC in order to protect the identity of her own daughter, who is now nine.

ABC only found out about that her father had Huntington’s Disease, a progressive, incurable condition, four months after giving birth. 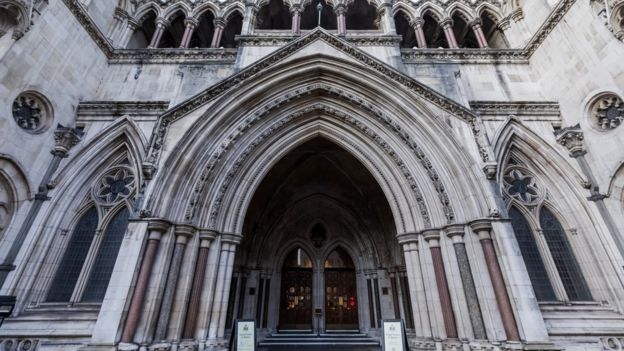 At the High Court she said she’d been told about her father’s condition by accident.

“I was utterly traumatised by the way I was told”, she said. “I had no family support and was left to Google the condition.”

ABC eventually had a test and found that she also carries the faulty gene. Her daughter, who’s not been tested, has a 50:50 chance of inheriting it from her.

The symptoms of Huntington’s Disease usually appear between the ages of 30 and 50.

ABC, who’s now in her 40s, told the court: “I’m now the prime age to get unwell. The future is absolutely terrifying.”

She told the High Court that had she known during her pregnancy that she has the gene for Huntington’s she would definitely have had an abortion.

She is suing St George’s and two other NHS Trusts involved in the family’s care, for £345,000 in damages. 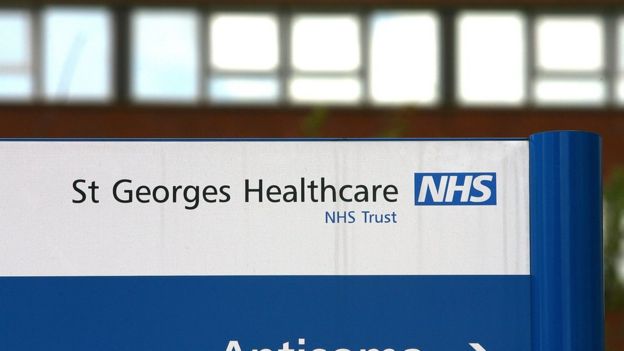 In written submissions Philip Havers QC on behalf of the trusts, said the question for the court was whether there was “a duty to disclose to her confidential information about her father against his express wishes” which he said was “plainly not the case”.

The court heard that after ABC had found out about her father’s disorder, her sister also became pregnant.

Philip Havers QC for the trusts said ABC had asked doctors not to tell her sister that their father had tested positive for Huntington’s.

Mr Havers said it was “a bit rich” for ABC to be bringing this claim for damages.

He said she could have told her sister in time for her to have a termination, but that was what she was complaining about for herself.

ABC said at the time, she’d been “utterly terrified” about the impact on her sister adding that the situation should have been managed by health professionals.

This case was first argued at the High Court in 2015 when a judge ruled that a full hearing should not go ahead.

The judgement said there was “no reasonably arguable duty of care” owed to ABC.

But in 2017, the Court of Appeal reversed that decision and said the case should go to trial.

If ABC wins the case, it would trigger a major shift in the rules governing patient confidentiality, and raise questions over the potential duty of care owed to family members following genetic testing.

A spokesperson for St George’s Healthcare NHS Trust said: “This case raises complex and sensitive issues in respect of the competing interests between the duty of care and the duty of confidentiality.

“It will be for the court to adjudicate on those issues during the trial.”