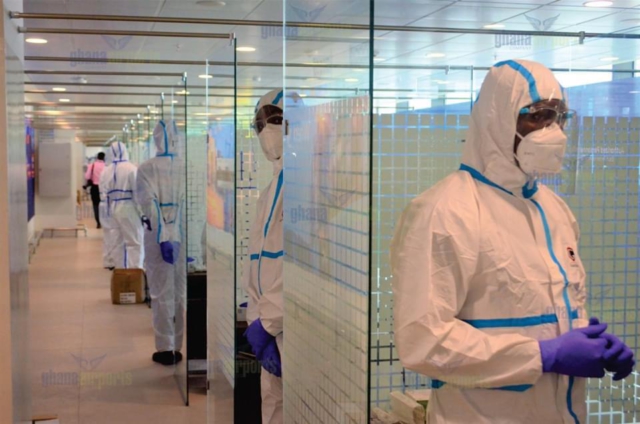 The Minister-designate for Health, Kwaku Agyeman-Manu has stated that he was not involved in the initial stages of procuring the Covid-19 testing facility at the Kotoka International Airport (KIA).

According to the Minister-designate, he was informed about the initiative midway through negotiations and did his bid to ensure that the facility was well furnished to facilitate its operations.

“I am not very privy to the initial stages of the procurement because it was a joint operation between the National Covid-19 taskforce and the Ghana Health Service (GHS). By the time it came to my notice, they had finished the arrangements,” he told the Appointments Committee.

Mr Agyeman-Manu further indicated that because his focus was to ensure that the testing facility was ready before KIA reopened, he did not go back to go through the processes adopted by the GHS and National Covid-19 taskforce.

“I was more interested in getting the facility set up and provide top health officials to man the facility. So I did not go back to interrogate these matters to the extent that you want me to answer,” he stated.

But the Minority Chief Whip, Mohammed Muntaka who questioned the Minister-designate further accused Mr Agyeman-Manu of failing to pay attention to the operations of the testing facility even after it was established.

Mr Muntaka stated that several protests and press conferences were held by a section of Ghanaians to drum home the need for the Health Ministry to address issues, particularly the fee being charged for testing, but it all fell on deaf ears.

However, in his reply, Mr Agyeman-Manu refuted the allegation, stating: “That will not be correct. I paid attention to them, which is why it resulted in the reduction of fees for at least ECOWAS citizens.

“So I really paid attention to how they were operating, but I just did not interrogate the processes for procurement.”