I don't blame my wife for leaving, it was my fault - Kofi Amoabeng - MyJoyOnline.com

I don’t blame my wife for leaving, it was my fault – Kofi Amoabeng 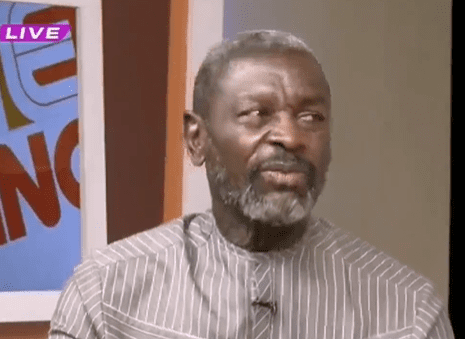 In an interview with Benjamin Akapko on Joy Prime’s The Big Interview, the businessman said “I still have a good relationship with my [second] wife. I don’t blame her at all for leaving me…because it was all my fault.”

He said he had two children with her and some “few things off marriage”.

The youthful-looking Amoabeng who attributed his fresh looks to consistent workout, and good diet did not name the said former wife in question nor the reason behind their split.

Regarding UT Bank, Mr Amoabeng noted that because of this said former wife, he had ample time to focus and strengthen its setup since he was “luckily” not perturbed by the struggles of childbearing.

“Because I didn’t have the family burden, I could even devote more time to the company. When my kids were home, naturally, you come home, play with them, listen to their problems and solve them. But all these things ‘luckily’, my wife took them away.

Although he is glad for the creation of UT Bank, he lamented what he described as a lack of time for his children. All efforts were towards “the UT dream, day in, day out”, he said.

He indicated that the lack of interaction with his kids has resulted in him not being aware of the whereabouts of one of his sons.

“I didn’t have much time for them as I would have wanted. Some of them didn’t turn out the way I wanted. One of my boys, I don’t even know where he is. He refuses to get in touch with me. I have an idea he is in Chicago, but that is a different story.”

“It is because he felt I wasn’t there for him. I’ve adjusted myself and accepted it, but of course, I must blame myself for the rift that has come between us,” he narrated.